The new, extended section of tramline 1 was handed over to the citizens of Budapest on 20 March 2015. The 3.2-kilometre-long newly-built southern section crosses over from Pest to Buda via Rákóczi híd (bridge) over the river Danube and runs to a temporary terminus. The extension of the line to South Buda across the river has been on the agenda since the opening of the bridge in 1995.

In 2004, the development was listed among projects for EU co-financed implementation, but the preparation was halted later on. Through the founding of BKK Centre for Budapest Transport in 2010, the project received new impetus, implementation followed and as a part of the project, the refurbishment of tramline 1 and also of line 3 was completed in November 2014. Both tramlines operate on circular routes connecting several districts of the city.

Accessible stops were installed along the new route section of tram line 1, the infrastructure was overhauled; the environmental burden has been reduced while travel speeds have increased. The older section of the line was fully reconstructed between September 2013 and November 2014: 16,000 meters of tram track were renovated and replaced, 26 new track crossovers and shunting facilities were installed along with signaling and switches, 24 stops were made accessible using ramps, lifts and underpasses and the power supply system was renewed.

Furthermore, the whole line was prepared for the arrival of the brand new, low floor CAF-trams as the 12 longer 56 meter long versions of the vehicle will serve this route. As a first in Budapest, grass-covered tracks were laid down on a part of the northern section of the route in Buda resulting in reduced noise and an aesthetically pleasing environment.

New green spaces have been created along the full route by planting more than 100 trees and 10,000 shrubs. At four locations on the line, passenger platforms were fully covered while platform roofing over a length of 18 meters was provided at the remaining 25 stops.

Passenger information systems and waiting areas have also been redesigned. Tram tracks have been separated in space from the roads to a greater extent than previously, thus making transport safer for both trams and cars. Earlier speed restrictions for trams have been lifted on the refurbished line allowing for reduced travel times.

Tramline 1 will be further extended by 2020 to reach Etele tér to provide direct connections to metro line M4 and the Hungarian state railway system. The planned development will result in a circular tramline connecting North and South Buda via several major long-distance bus stations and railway stations served modern, barrier-free and comfortable trams. 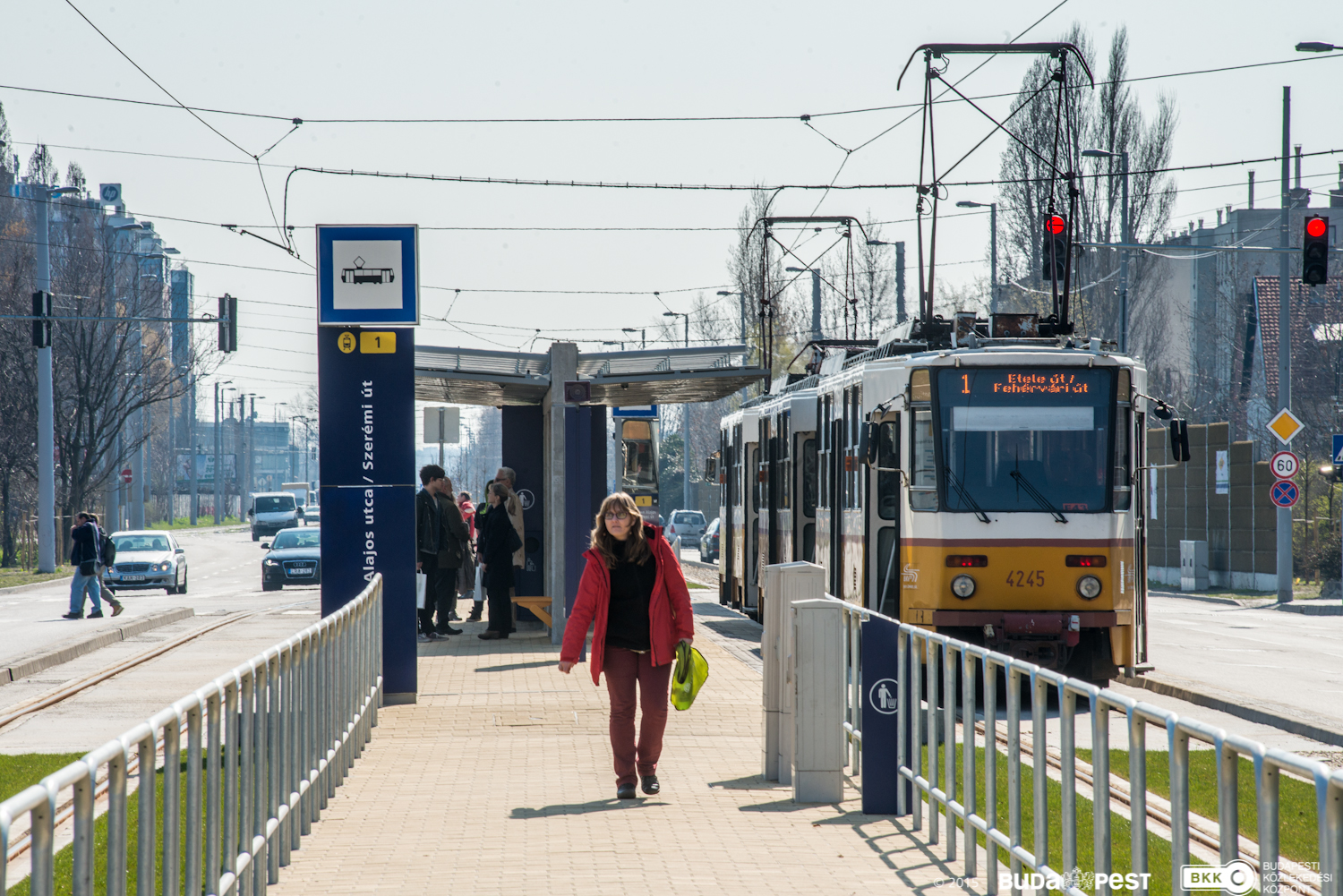