New progress for the tram network in Ile-de-France 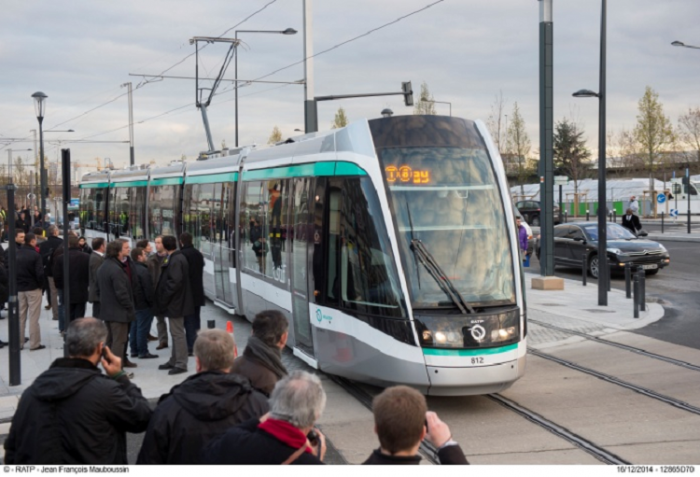 Just two years after opening the extensions to tramways T1, T2, and T3 in 2012, two new tram lines have also been put into service and launched within three days of each other in December 2014:

These two new tram lines will reinforce the existing network, which is currently composed of 8 lines that serve 45 cities in Ile-de-France.

Promoting short-distance service: the example of tramways T6 and T8 The T6 tramway, which has the special feature of using tyres (Translohr STE6 model), crosses the departments of Hauts-de-Seine (92) and Yvelines (78), from Chatillon to Vélizy, in the south-west of Paris.

With nearly 82,000 passengers each day, the T6 has allowed for the improvement of local services for municipalities and the sector’s large regional activity and employment centres established locally.

Eventually, it will also be connected to the Grand Paris Express and the future T10 tramway. The T8 tramway operates in Seine-Saint-Denis to the north of Paris (93). Called the "Tram’Y" because of its ’Y’ shape, its 8.45 km route stands out because its 2.65 km main section splits into two branches.

Driven entirely by electricity and serving 17 stations, this tramway will eventually constitute a development lever for an area that is already committed to dynamic urban renewal through numerous development projects.

The tramway will enable service to the large hubs such as the Université Paris 13 de Villetaneuse, which has 23,000 students spread across 5 campuses as well as a shopping centre.

Eventually, the T8 will also be connected to the Grand Paris Express as part of its future extension from Porte de Paris to the future Rosa Parks station. 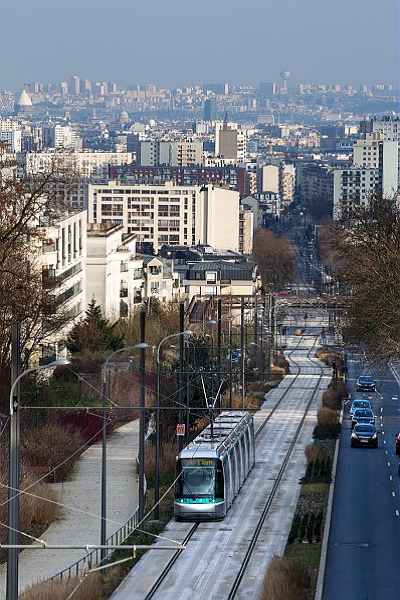 The tramway as a factor in urban renewal

Trams are always part of the dynamic redevelopment of public space. Particular attention has been paid to the accessibility of public places with light traffic and for persons with reduced mobility. On tramway T6, 11 km of developments were carried out to promote active modes of transport and 2,000 trees were planted along the route.

The bus lines around the tramway were also adjusted in the interest of better readability between the modes of transport. As for the T6, 13 bus lines were renamed, 30 were modified, and 39 were left unmodified, versus 12 lines modified, 3 reinforced and 3 eliminated for the T8.


A tramway network that continues to develop Development of the tramway network is progressing in an accelerated manner, as shown by the progress achieved by the various projects that are currently under way. Since 2006, nearly € 700 million have been dedicated to further development of the networks, of which € 428 million went to buses and tramways. 42% of these new network additions involve the inner and outer suburbs.

This policy illustrates the interest that the STIF and the Ile-de-France Region has in supporting the evolution of the "Francilien" territory by making efforts to rebalance the travel options available in the outer suburbs through a mode of transport that is particularly well-liked by Franciliens, with nearly 190 million journeys on the tramway in 2013.