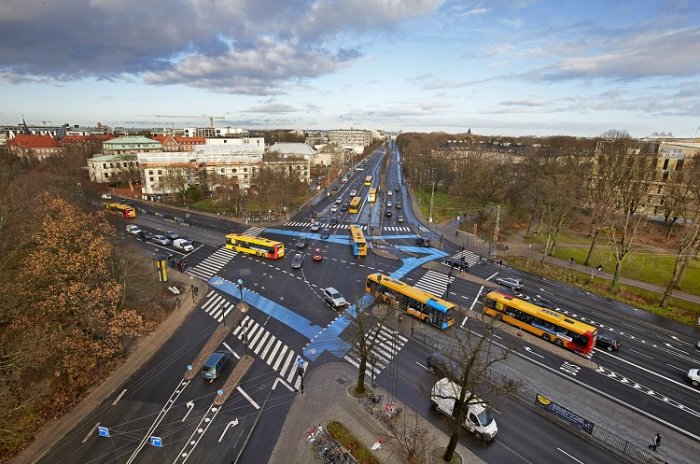 In 2011 the Municipality of Copenhagen started to investigate how to improve the bus service between Ryparken St. and Nørreport St. Today the route is served by up to 47 busses per hour per direction transporting approx. 30.000 passengers per day.

The route between the two stations (better known as Northern Campus) is not served by metro or light rail thus the projects main objective was to ensure high level public transport between central Copenhagen and Copenhagen Science City consisting of Copenhagen University Hospital, The University of Copenhagen and several other large workplaces. 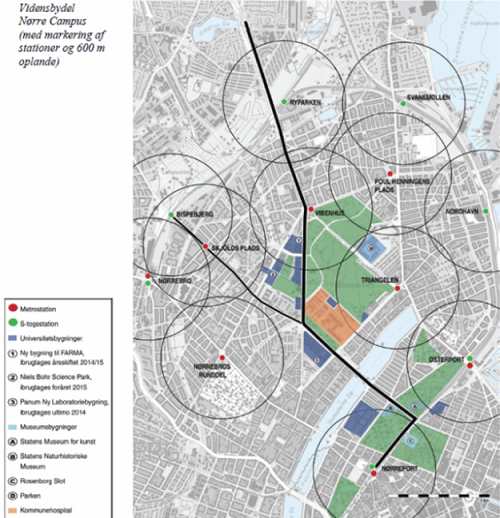 The project is an example on how a high class bus service can be a part of the urban development in the Capital.

In July 2013 the construction work started, and creating a BRT infrastructure was a significant part of the project. The new BRT infrastructure includes a dedicated bus lane (2,5 km.) that runs in the middle of the street – the first of its kind in Denmark (picture). It also includes bus dedicated signals, level free platforms and digital passenger information. 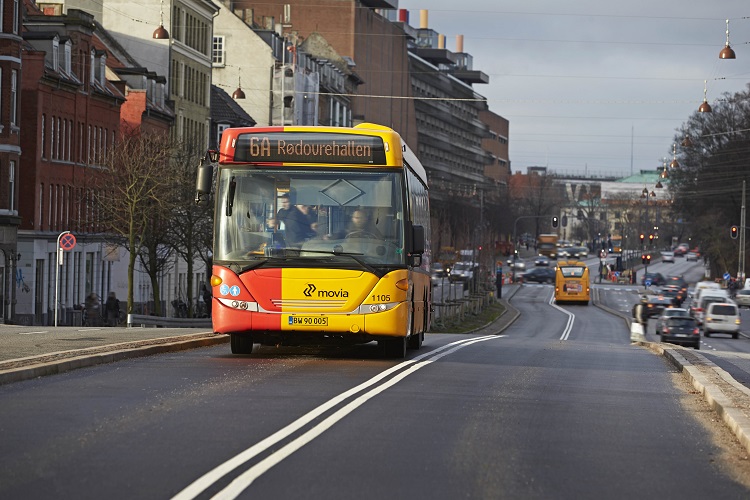 Facts on the project

Opening of the new BRT line

The 19th of September 2014 the new BRT line on Northern Campus opened. The operators that runs the busses on the route has been involved in the project from the very beginning. This has made it possible to incorporate ideas and comments from the operators into the BRT system and has also given the bus drivers a sense of co-ownership for the project.

Ïn the weeks before the opening of the new BRT line, a massive marketing campaign was carried out including a substantial work with mobility management at Copenhagen University Hospital.

Movia has developed a new bus product called +Way that is supposed to be implemented on the most busy bus lines in the Capital Area. +Way is a fast, cost effective BRT concept with a high level of service that combines public transport with urban planning. The +Way concept is meant as a supplement to regular busses, light rails and metro thus contributing to a well-developed network of public transport. 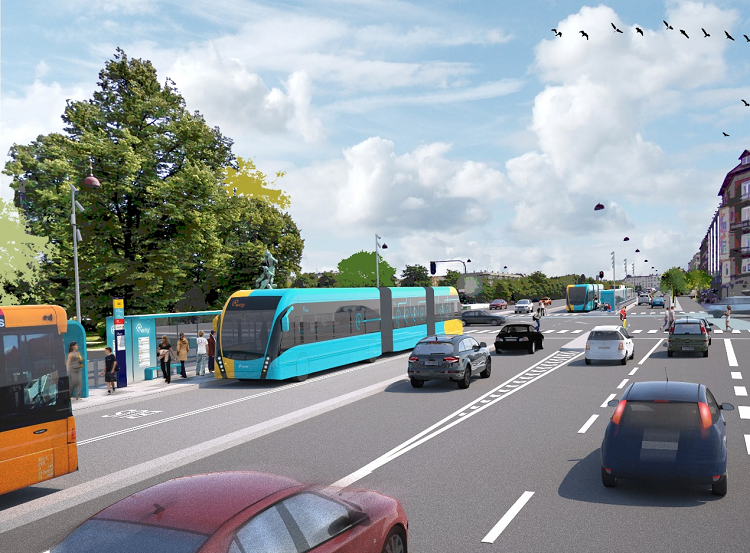 In the future the aim is to extend the +Way concept further along the lines that already uses the new infrastructure at Northern Campus as well as it will be possible to implement the +Way concept on other lines.