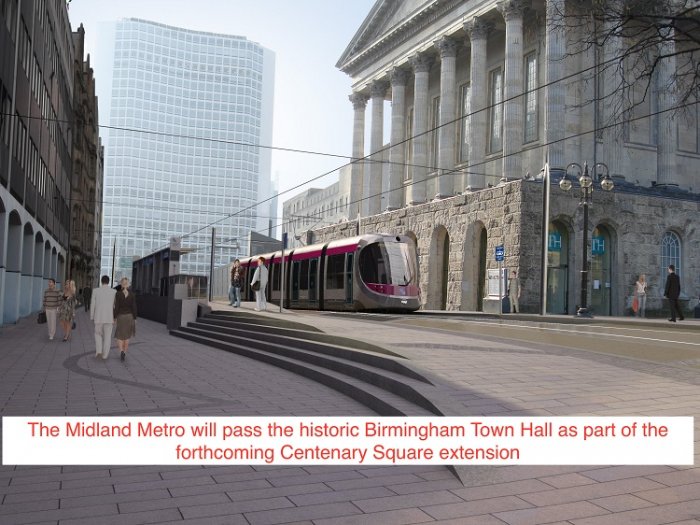 Work to create a comprehensive rapid transit network for the West Midlands is gathering pace with no less than six Midland Metro tram extensions scheduled over the next decade.

Construction of the first of the Midland Metro tram extensions - a £128m route through Birmingham city centre - is already well advanced and due to open at the end of this year. 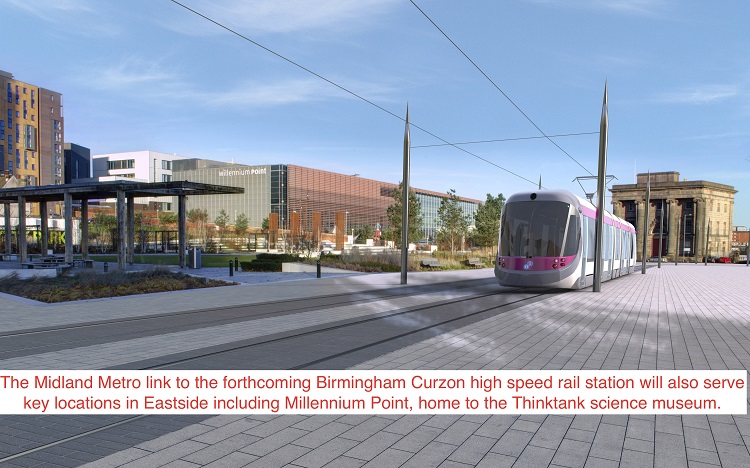 Linking the Snow Hill and New Street railway stations it is expected to create 1,500 new jobs, give the regional economy a £50m annual boost and deliver more than three million people a year into the heart of the city’s shopping district.

Work will also start in 2018 on a further £31m extension that will take the trams on from New Street Station, through Paradise Circus – which is undergoing a major commercial, civic, retail and hotel redevelopment - and on to Centenary Square stopping in front of the new and architecturally acclaimed Library of Birmingham. But, following the allocation last year of more than £135m from the Regional Growth Fund, further extensions are now being progressed.

Birmingham City Council is also keen to see the Eastside extension through Digbeth linked to the Metro expansion plans included in its Birmingham Smithfield scheme to redevelop the old Wholesale Markets site. 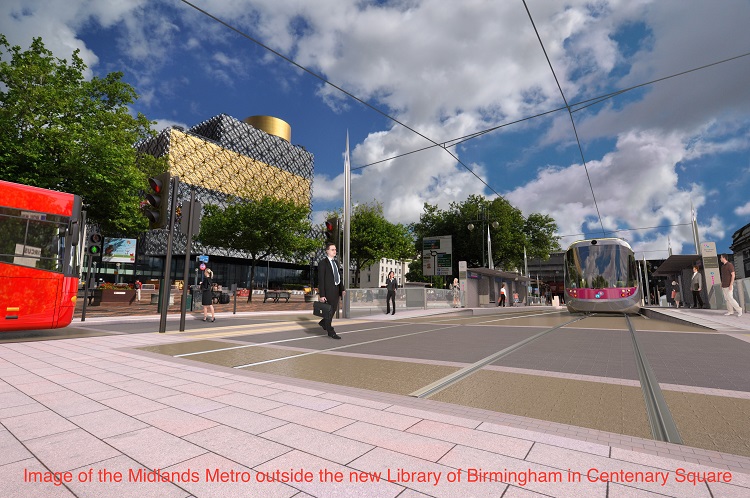 Centro’s chief executive and EMTA President, Geoff Inskip, said : “The region is pressing ahead with these extensions because it recognises the important role Metro can play in helping the West Midlands achieve its ambitions for economic growth. “The Metro’s expansion will help ensure people and businesses are connected in a way that can stimulate economic activity by making it easy to access work, training, education and leisure opportunities.

“Birmingham has also identified the Metro as its preferred option for connecting people to HS2. “This is hugely significant because by having the right local transport infrastructure to best connect and feed into HS2 we can more than double its economic benefits, securing a £4 billion a year boost to the regional economy and 50,000 new jobs.”

Meanwhile preparatory work is continuing on the region’s first bus-based rapid transit system. ‘Sprint’, which has been dubbed ‘Metro’s Little Sister’, will feature vehicles that look and operate like a tram but without tracks or overhead cables. It will boast the UK’s first bespoke rapid transit vehicles which will be styled and painted to be recognisable as a complementary service to the existing Midland Metro tram fleet. 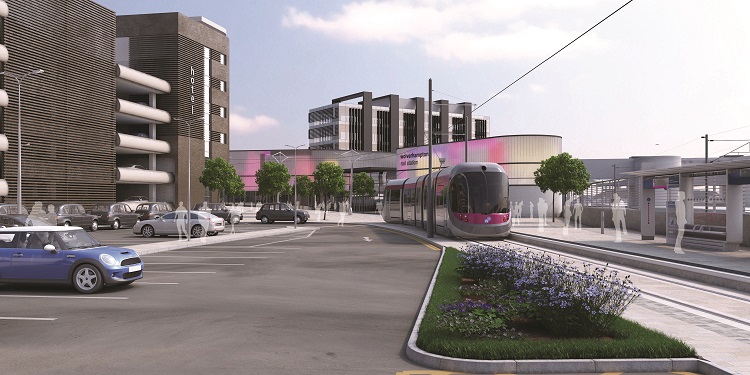 The first Sprint route is due to be launched in 2018 and will run between Birmingham city centre and the western suburb of Quinton. It will cost £15 million and is part funded through the Local Growth Fund, allocated by the Greater Birmingham and Solihull Local Enterprise Partnership. A further £50 million has also been earmarked to implement a Sprint route between the city centre and the airport by 2021.

This route would also serve the region’s other HS2 station being built next to the airport as well as the existing Birmingham International rail station. Mr Inskip added : “Sprint and Metro are both part of the vision we have for a world-class public transport system in the West Midlands. “Bus rapid transit has proved very successful in other European cities and with the potential for dedicated lanes, traffic light priority and limited stops it can be a fast and reliable alternative to the car. “We believe it can therefore encourage more people on to public transport which in turn will reduce the traffic congestion costing our regional economy £2.3 billion a year."