Helsinki metropolitan area has an integrated multi-modal public transport system with a good level of service. The network consists of extensive bus services throughout the region, three railway corridors and a metro branching to two lines.

The central area of Helsinki City is covered by a tram network, and one inhabited island is served by a ferry. About 1 million trips are made on public transport on a weekday. 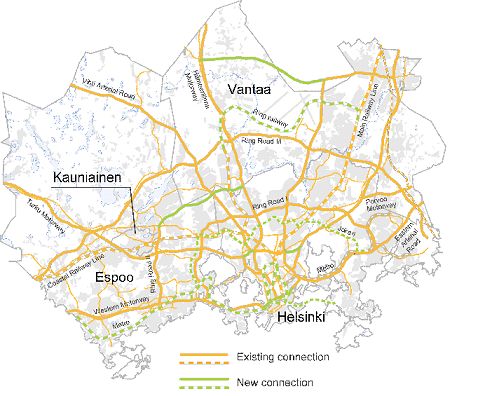