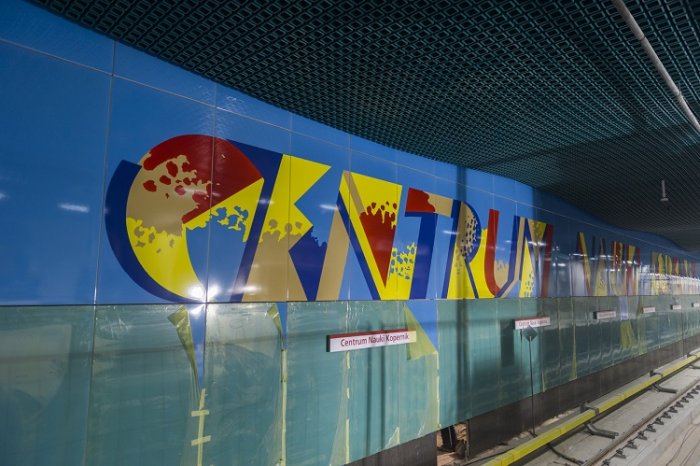 It is 6.3 km long and consists of seven stations, travel time is about 10 to 12 minutes. The capital of Poland has a new metro section. It will be two times longer by 2019. The construction took three years to build and was completed last September. Commissioning was made in October. First passengers will use the metro in December.

On the walls graphics designed by the world-famous artist Wojciech Fangor are placed. This was the biggest, the most complex and the most inconvenient for the city dwellers investment in Warsaw in the 21st century. To have it completed the constructors had to close several streets in the city center. Since the line connects districts situated on both banks of the Vistula river, they had to bore an 870 m long tunnel under the river. The construction works were carried out in difficult geological conditions. The final cost of the construction amounted to 4.117 bn zlotys, out of which 2.7 bn zlotys came from the EU grants. The general contractor is the Italian‐Turkish‐Polish consortium ASTALDI‐GULERMAK‐PBDIM.

This section will be the backbone of metro line 2. The tender for the selection of the general contractor for subsequent stations has just been announced. Six stations will be constructed until 2019, and five more are in the plans (construction works planned to end in 2022). “We continue our investments in the most modern means of transportation in the city - the underground. The central section of metro line 2 is ready, now we extend it by adding next stations, and it develops the city,” says Hanna Gronkiewicz-Waltz, the mayor of Warsaw. 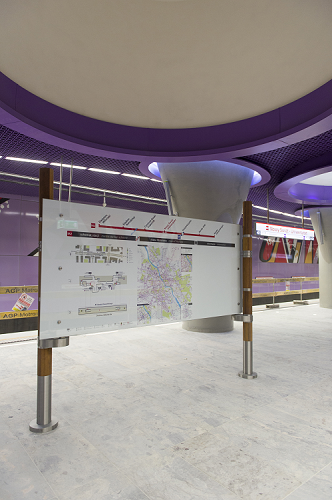 Until now only one metro line operated in Warsaw. The first of its sections was put into service in 1995 and the last one quite recently, in 2008. First line has 21 stations and is 22.7 km long. It serves half a million of passengers per day.