A new southern gateway to Lyon, thanks to SYTRAL’s latest project

SYTRAL, the Public Transport Authority of the Lyon region, recently opened an extension of the T1 tram line. The new 2.3 km segment now connects the Confluence district to the Gerland district in just 7 minutes. Four new stations were built to serve the Confluences Museum, the Halle Tony Garnier event venue and two stops near the ENS higher normal school.

The terminal of T1 is now located at Debourg station, in the Gerland district. The new transit point is directly connected to line B of the metro which runs to Gare d’Oullins station and its new multimodal hub in only 4 minutes. 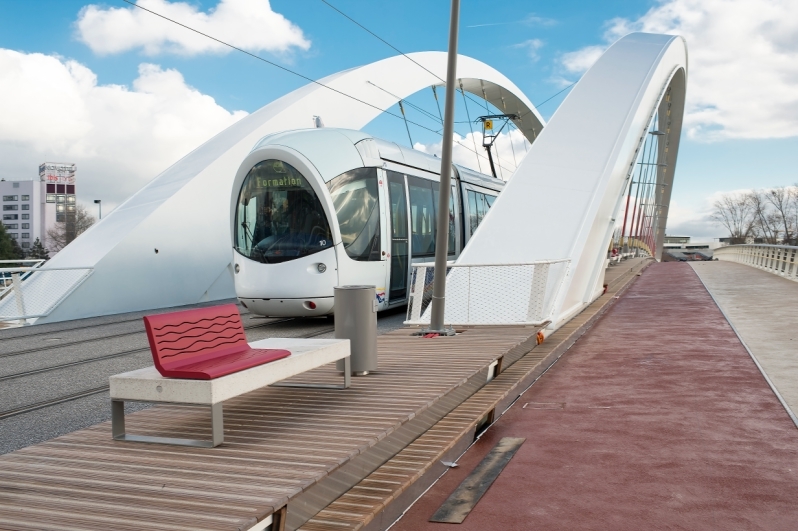 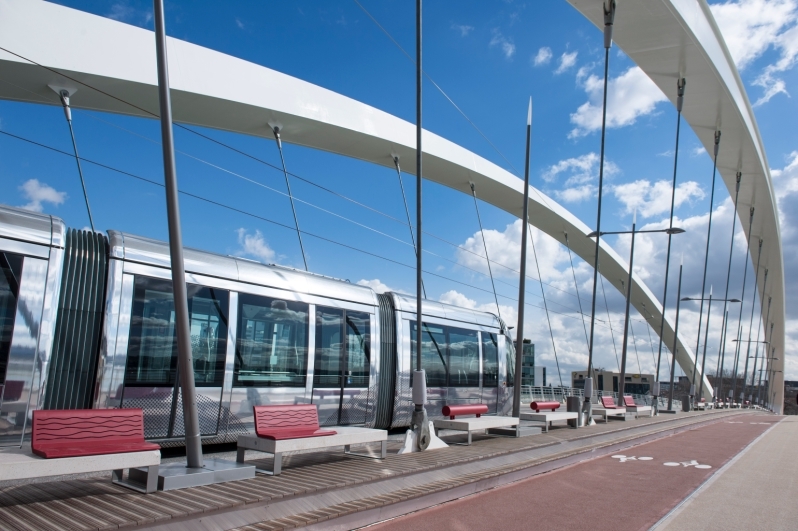 TCL now offers nearly 60 kilometres of tram lines. More than 292,000 journeys are made every day on the tram lines which have become an essential feature of transport system since they were reintroduced in 2001. 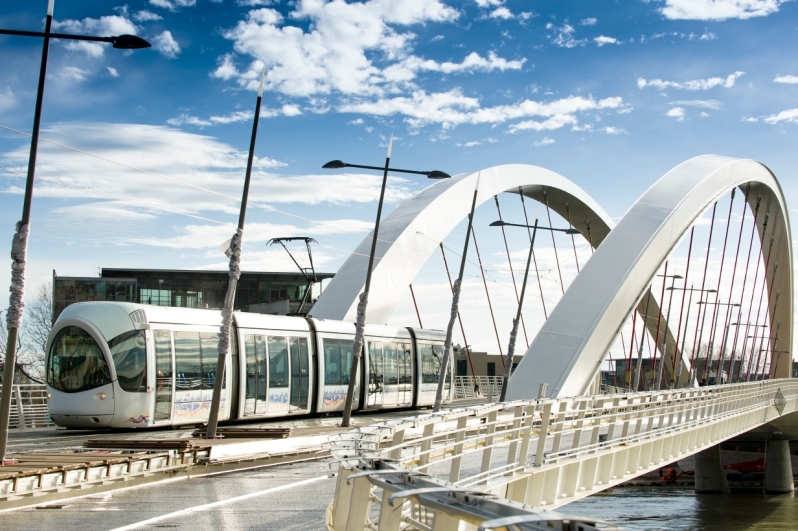 The T1 extension project required the construction of a new bridge which now stands as a sweeping and elegant landmark at the southern tip of the city. The two arches and thin deck stretch over the Rhône River, allowing the tram to quickly connect the two districts.

The flagship element of the project, the Raymond Barre Bridge is the first one in the city reserved for the tram and “soft” modes: pedestrians and cyclists can stop at the belvedere to enjoy a superb view over the river and the new Confluences Museum, scheduled to open at the end of 2015.

This exceptional project was an opportunity for SYTRAL to organise a special event when the deck was installed. On 3 September 2013, some 20,000 people came to watch the spectacular manoeuvre as the 2500 tonne main deck was carried in by barge from the construction site downstream and lowered onto its piles.