The heterogeneity of the association area is reflected by the structure of public transport network. The polycentric settlement structure determines a number of traffic-related links. Within the urban agglomeration Rhein-Main regional traffic is accessed by the well-developed S-Bahn network. Local access functions are guaranteed by an adapted secondary network (subway, trams and buses). Regional rail transport and long-distance passenger rail transport run on the main radial transport axes from environs to urban agglomeration. 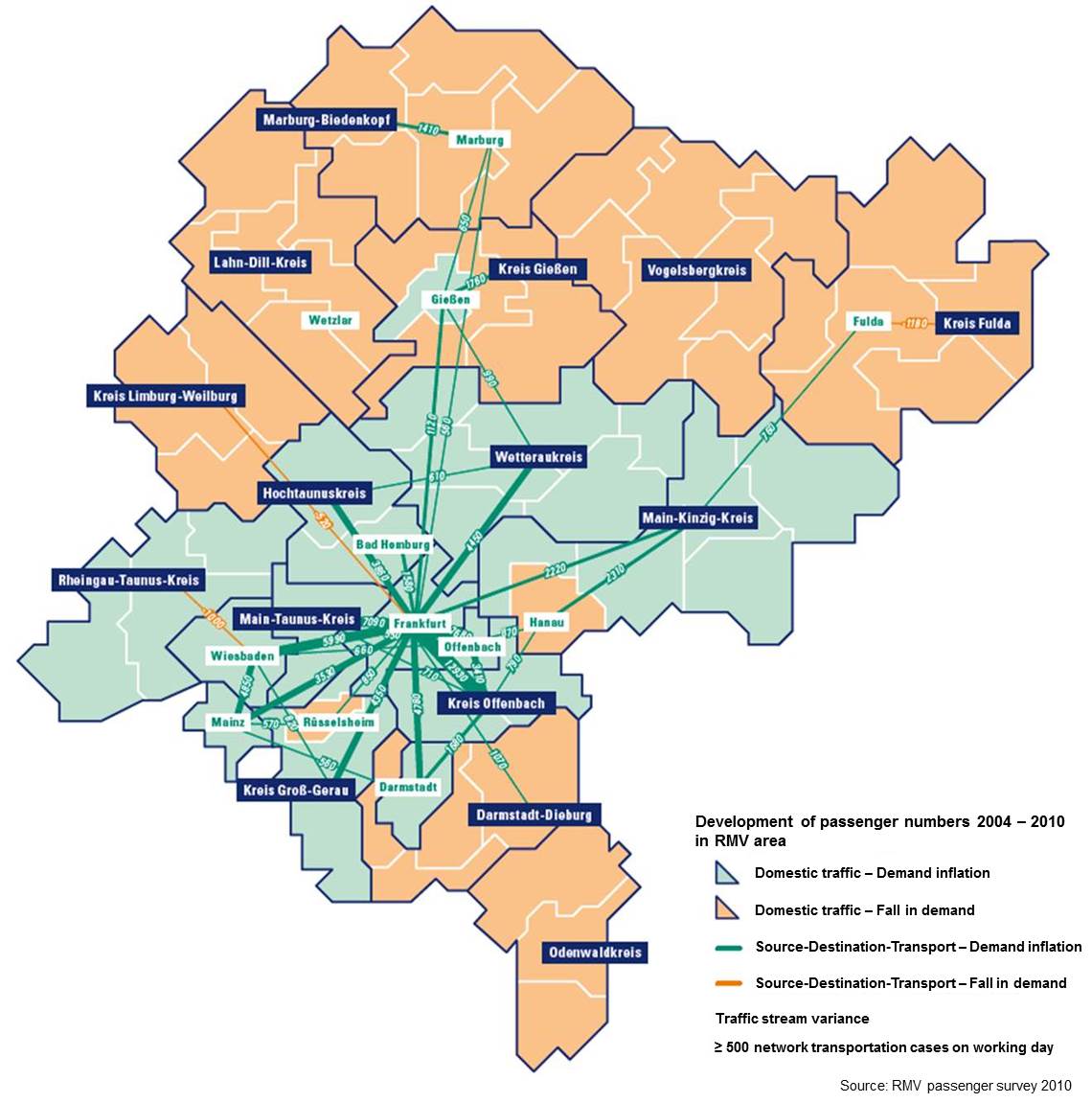 Over time development of passenger numbers

In the last years the demand for transport has been growing steadily. The number of passengers has been increasing significantly, even though there had been practically no changes in operating performance. In districts, which are close to metropolitan area, as well as in big cities there also have been significant increases. 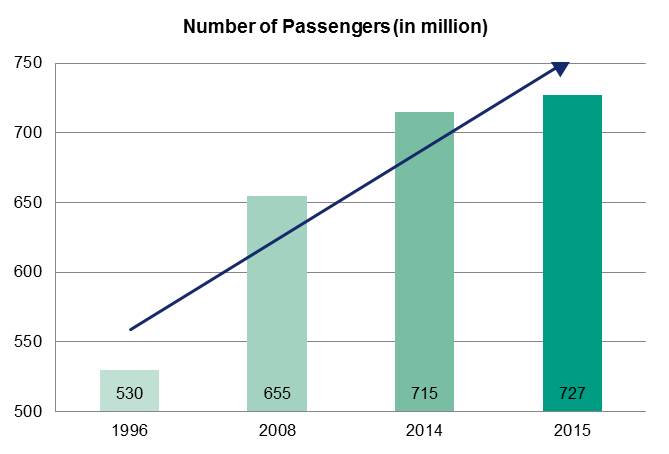 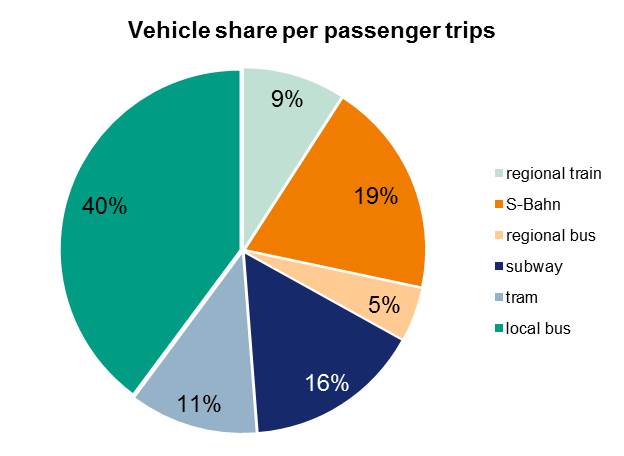 On some mobility parameters the RMV area is exactly or nearly the average of German parameters. On average, the German travel 3.4 ways per person per day. The distance averages approx. 12.3 km per way. 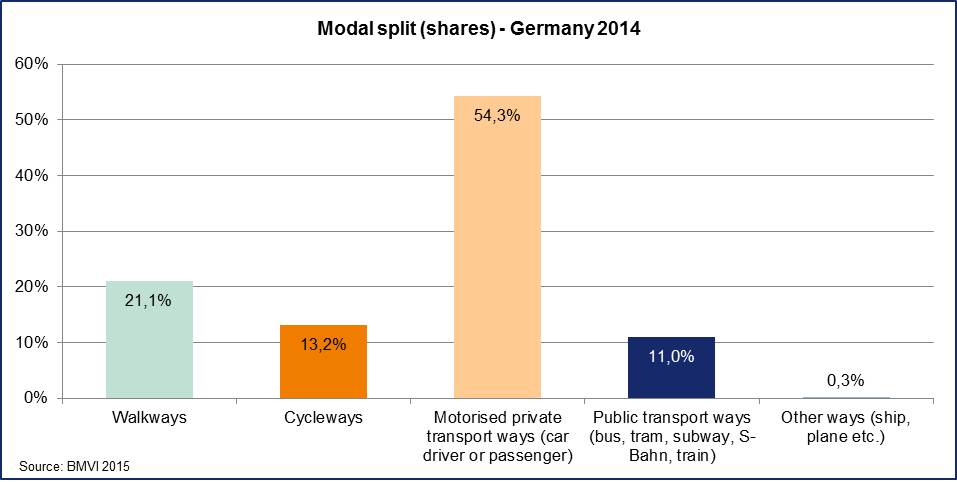 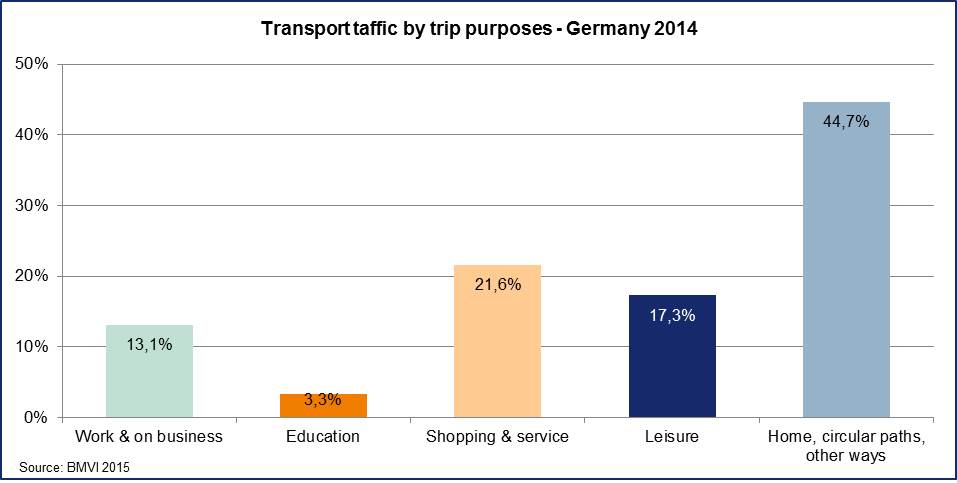 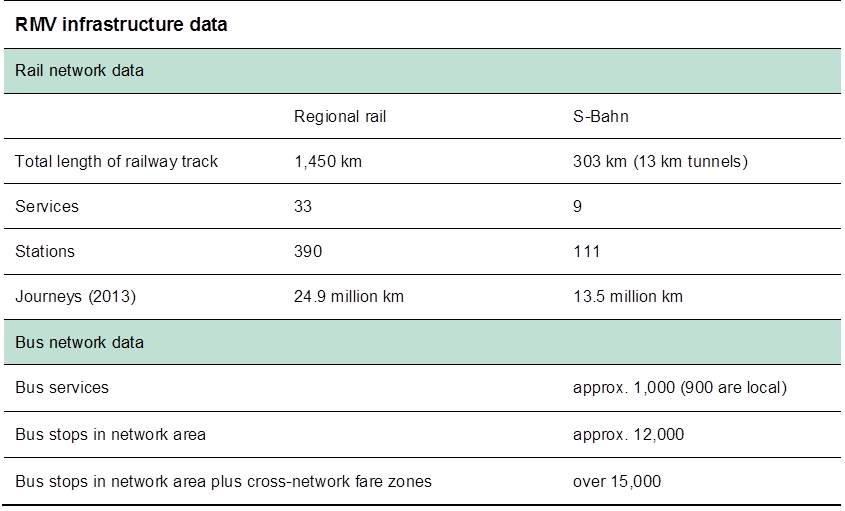