A £2bn package of rail, tram and rapid transit schemes to ensure the West Midlands secures the maximum economic benefits possible from HS2 has been formally agreed. The Local Connectivity Package, which was ratified by the region’s new Integrated Transport Authority Shadow Board, will enable the West Midlands to more than double the potential benefits of HS2 by best connecting and feeding into the high speed rail line.

The package includes extensions to the Midland Metro tram system in Birmingham and the Black Country, new and upgraded rail stations, opening up rail freight lines to passenger services and the electrification of other key rail routes. 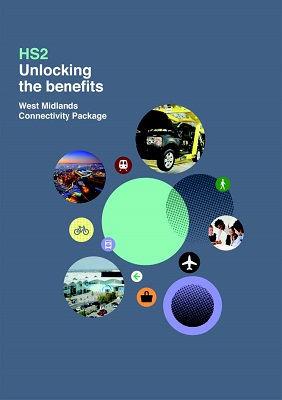 Other schemes in the Local Connectivity Package include capacity improvements on the Snow Hill lines, the introduction of rail passenger services on the Camp Hill line in south Birmingham, Metro tram extensions from Wednesbury to Brierley Hill and through Birmingham’s Eastside district to the city’s HS2 station and a rapid transit link between the HS2 station at the airport/NEC and Coventry.

The schemes would be delivered over a 10-15 year period, the equivalent of a £167m a year investment in the West Midlands. The Connectivity Package document is available to download at: http://www.centro.org.uk/rail/HighSpeed2.aspx