In early May of 2012, the Consorcio Regional de Trasportes de Madrid (CRTM) launched the new Tarjeta Transporte Público (Public Transport Card). It is the contactless card that supports transport tickets issued by the CRTM for the whole public transport system in Madrid region.

The new card has a size and appearance similar to a credit card, and its goal is to replace the magnetic stripe tickets that were currently used in public transport. In fact, it is estimated that along 2013, 1,500,000 users within Madrid Region shift from the old Transport Pass to the new Tarjeta Transporte Público.

This new card shows the holder´s name, a photograph and a personal identification number, so it is a personal and non-transferable card that expires 7 years after its date of issue. The card records in its internal memory the holder´s personal characteristics (age, belonging to a group with special discounts) without being necessary changing or renewing of the card in case of those have been modified, because they will be updated automatically (as it is the case of age), or will be updated with its accreditation at a Public Transport Card Administration Office (in the case of belonging to numerous family or having a disability). 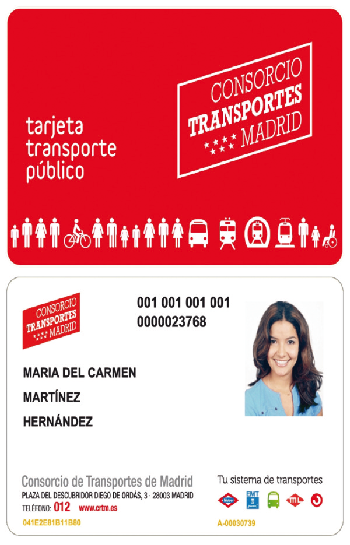 The new CRTM ticketing system based on a contactless card technology (DesFire EV1) has been designed and specified by the CRTM itself, so the Institution has a full control of the applications and the security infrastructure. In addition, the whole information generated by the system, i.e. customising, validation, inspection, charge/recharge, is processed in CRTM.

The CRTM, without intermediary, prepares all chips containing master keys, allowing authentication with the system, through SAM (Secure Access Module) or HSMs (Hardware Security Modules). The CRTM has been a pioneer in the use and custom design of HSMs systems in public transportation. This approach and technology make the new Tarjeta Transporte Público one of the most secure in Europe.

Moreover, the new card offers significant security advantages. For example, data can not be erased when the card contact with mobile phones or any other magnetic field as with the former magnetic Transport Pass. It integrates all the information in a centralized server, thus control and processing of the system allows CRTM to provide innovative services. For example, it is possible to transfer the initial card balance to another one in the event of its loss or theft, thus the initial card is inactivated into the system, preventing any fraudulent use, and allowing the user to retrieve the remaining days of the missed card.

Among the advantages of the new card, could be highlighted that the Transport Pass charged on the card has a period of validity of 30 consecutive calendar days as from their first use. This allows users to plan their purchase according to their needs, which will result in significant savings for them. In the other hand, information about the use of the card is stored on a central server, what will improve the knowledge of the mobility within the Region. In addition, the new contactless card will save more than 150,000 kilos of paper in the next 5 years and 30% in operating costs and maintenance of lathes.

The implementation of the new card has been gradual, starting with Zone A (capital city) for later continuing in the other areas and zones of the metropolitan and regional rings. It is expected that by the end of 2013 the cards can contain up to three different types of tickets, but in this first stage you can charge only the Transport Pass for Madrid City (Zone A). 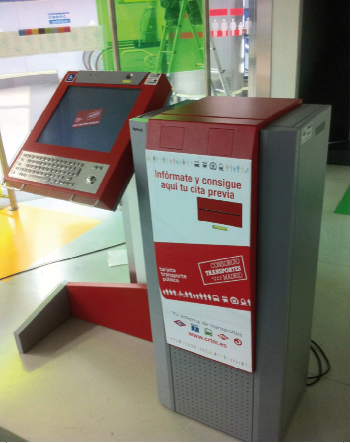 CRTM is continuously evolving the system, so that is working on new channels of ticketing and cards recharging, in this respect, very soon in ATMs (banking cash dispensers), internet and NFC.