Vice-President of the European Commission Commissioner for Transport Siim Kallas addressing EMTA members during the gala dinner of September 17 2012 in the city of Berlin.

It is a pleasure for me to speak at the European Metropolitan Transport Authorities association’s General Meeting during the INNOTRANS Fair.

As Europeans, we have one of the best transport systems in the world. But we also know that there is a great deal of work to do to make that system fit for the future.

We have to make better use of infrastructure, remove bottlenecks across the wider network, and provide transport users with seamless and accessible mobility and services. At the same time, we are acutely aware of the need to reduce transport’s impact on our health, and on the environment and climate.

And we know that we need to pay particular attention to the urban dimension of transport – because our success in meeting the challenges before us will to a large extent be decided in our towns and cities. And it is with this in mind that our transport strategy has the goal of phasing out conventionally fuelled vehicles in urban areas by 2050.

Obviously, public transport needs to gain in importance and needs to become cleaner to achieve this goal. In Stockholm, conventional diesel-fuelled city buses have been replaced by clean vehicles that run on biogas and ethanol. By the end of this year, the city will be fully serviced by clean buses with 800 bioethanol and 270 biogas buses running on a daily basis. Stockholm also has a comprehensive infrastructure for alternative fuels and local biogas production facilities that supply much of this fuel.

Ladies and gentlemen : I have been asked whether our goal of phasing out conventionally fuelled vehicles in urban areas by 2050 is realistic. Well, if Stockholm and others can phase out this kind of city bus by 2012, it shows what is possible with the necessary commitment. So I firmly believe that it is possible to achieve the transition to a modern and sustainable transport system. But if we are to meet our goals for 2050, it is vital that we step up the pace and take concerted action on all levels : EU, nationally, regionally and locally. And you as public transport providers in metropolitan areas have to play a crucial role.

For instance, the CIVITAS programme and the initiatives which have been launched under the Action Plan on urban mobility of 2008 have played a crucial role in forming our policy. But we also need to hear the views of all the parties concerned to make sure that our policies correspond to their needs and expectations.

Ten years of CIVITAS have demonstrated that we can really achieve a transition to sustainability in urban mobility and transport when local efforts are supported by EU action. But let us come back to reality : What we have achieved so far, while encouraging, is not enough.

Many cities suffer from severe traffic congestion, which creates bottlenecks along the main arteries of the trans-European transport network and has a knock-on effect on long-distance and crossborder traffic.

Many cities are also struggling to improve their poor air quality, which has a serious negative impact on citizens’ health. European towns and cities have a key role to play in our efforts to mitigate the effects of climate change by reducing greenhouse gas emissions produced by transport.

Another important issue is road safety : in spite of considerable progress in the past, some 30,000 people are killed on our roads every year. This is not acceptable. It has to be one of our priorities to reduce that number further. Accidents on urban roads account for some 40% of the fatalities in road accidents.

So change is clearly needed - and Europe’s cities must be at the forefront of that change. With their high population densities and high share of short-distance trips, cities are uniquely placed to pave the way for new transport services and technologies. And, if we seize the moment, we can make sure that European companies become early leaders in a market that offers great potential for future growth and employment - innovative solutions for cleaner and more sustainable mobility. 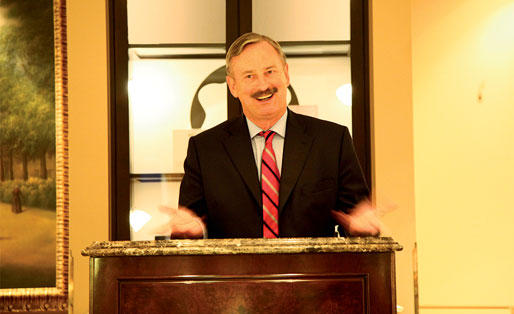 
Our success will depend on many factors :

Research and innovation is key. Ultra-clean and silent buses would improve the image of public transport. Clean, quiet service and delivery vehicles would raise the quality of city life. Through research funding we have been able to finance demonstration projects in the urban context with very positive feedback. Further actions are needed. This year, the Commission will be supporting electromobility demonstration projects for urban freight, and for city buses in 2013.

A recent initiative of the Commission in this area is a strategy paper on "Research and innovation for Europe’s future mobility that was adopted on 13 September 2012 and it will be presented this week.

The Strategy summarises the achievements of the European transport sector in research and innovation, outlines remaining issues and presents ideas for better serving the needs of European citizens and businesses. The Commission wants to facilitate coordination of public and private research and innovation efforts across Europe. Addressing the challenge of deploying innovative transport solutions is of particular interest.

Another good example is the Smart Cities and Communities Partnership, which Vice-President Kroes, Commissioner Oettinger, and I have launched together this July. This Partnership will help research-driven companies in the sectors information and communication, energy, and transport work more closely together in developing truly integrated system solutions for the urban area.

The proposed projects should demonstrate the cost-effective performance of technology combinations not quite ready to be commercialised. The aim is to produce commercial-scale results and help companies which find it too risky to move towards quick deployment of innovative technologies. And this is despite the potential cost savings and longer-term emissions reductions of schemes which cover a range of public city services.

We also have to avoid fragmentation among our cities and ensure concerted action for large-scale deployment of alternative fuels throughout Europe. Isolated actions have been successful ; we now need to make them successful EU stories. The Commission therefore will shortly launch a Clean Power for Transport Initiative. This initiative should provide policy and legislative tools to promote innovative transport solutions such as electromobility in the urban context. One objective will be for instance the gradual build-up of charging and refuelling infrastructure so as to ensure the EU-wide free circulation of vehicles, vessels and aircraft powered by alternative fuels. 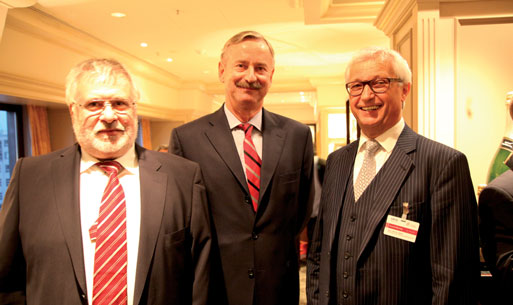 
But there is more to say on infrastructure.

We have made significant progress in working together on urban mobility issues. Five years ago, when the Commission presented its Green Paper ”Towards a New Culture for Urban Mobility”, the question was often asked : ”Is there a role to play for the EU in the field of urban mobility” ?

But we now have a constructive debate about what should be done and how. We have agreed that decisive action and effort at local level is crucial for meeting the key objectives of EU transport policy, and that targeted EU intervention will be a powerful catalyst for that effort.

This has helped us define the important urban dimension in our EU transport policy. But we are now standing at an important crossroads. This is why I have decided to present an ”urban mobility package” in the middle of next year. This will deliver on some of the key urban transport initiatives which were outlined in last year’s Transport White Paper.

It is clear the public transport has to play a key role in modernising transport in our cities. I therefore appeal to you to team up with the Commission in the effort to reach this goal.

Thank you for your attention.