A success story coming to an end:

CAPRICE (for Capital regions integrating collective transport for increased energy efficiency) aimed at promoting integrated public transport systems with a view to improve energy usage. It brought together five transport authorities from Western and Eastern parts of Europe and relied mainly on close exchange of experience and transfer of knowledge.

The successful project came to an end with a final conference held in Paris on 17th March 2011. Hereby are the highlights of this conference. The final conference was enlightened by high level speakers delivering key messages on The European Union (EU) transport policy and the role of transport authorities.

"Public policymaking must embrace the environmental concerns of the free flow of goods and services within the European Union and must also take account of transport network interlinks across Europe” said Jean-Vincent Placé Vice President of Ile de France Regional Council and Vice President of STIF (the transport authority) while the President of EMTA and CEO of VBB Berlin-Brandenburg Hans-Werner Franz underlined the instrumental role of empowered transport authorities that have sufficient financing and specialised man power.

Representatives from the European institutions in turn elaborated on the role of the European Commission in such a project. 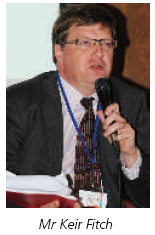 Building on the crucial role of strong transport authorities responsible and accountable for public transport, CAPRICE has issued a “Decision-makers Good Practice Guide”. It has also highly activated the transfer of knowledge which among main outcomes drew pilots for the setting of a transport authority in Bucharest and the launch of a new travel planner in the Warsaw metropolitan area.

The agenda moved on to the two round tables, the first one debated on “How to set up sustainable urban mobility” and the second allowed a sharing of views on “How to organise and finance sustainable mobility”.

About the first round table, while Lithuania Ministry of Transport and communication’s representative Grazvydas Jakubauskas assessing the dilemma for decision makers caught in between the operators focused on engineering issues and the need for radically new approaches to tackle urban sprawl and congestion saw the ITS Directive as one part of the solution to reach a better balance between mobility demand management and harder measures of modernisation; Valentin Anton president of CODATU Romania expressed strong wishes for the promotion of an integrated and efficient public transport system in Romania and stressed the importance of developing strategic partnerships with educational bodies and the industry sector. For her part Laurence Debrincat Head of Studies and Surveys Department at STIF underlined the urban Mobility Plan as an instrumental tool to deliver comprehensive and consistent measures through a federative process involving all stakeholders.

Mieczyslaw Reksnik Director of Road and Public transportation at Warsaw City Hall reckoned there is a lack of sufficient legal framework for public transport organisation in metropolitan areas, nevertheless sustainable financing and long-term contracting systems are undeniable success factors for the Warsaw transport authority along with mutual agreements with neighbour local authorities.

The second round table on “How to organize and finance sustainable mobility” offered the opportunity to draw interesting conclusions again on transport governance that must definitely go beyond administrative borders to really meet the commuter’s needs in the opinion of Sophie Mougard Director General of STIF, Ion Dedu from Bucharest Municipality added “all face same difficulties whatever the circumstances (revamping aging transport systems is a common challenge for example), sharing experience help taking the good steps forward”. 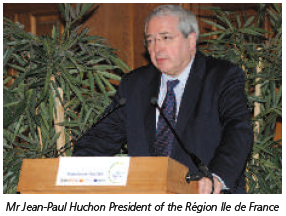 CAPRICE final conference came to a close with the closing remarks from Jean Paul Huchon President of the Ile de France Regional Council and President of STIF stressing the shared commitment of major European capitals to bring about more efficient transport system and the benefits of co-operation and shared experience that, thanks to European funded projects, allow best practice to inspire local strategy in different places. Strong contracts, urban mobility plans and high level of modal integration are among such practices.

For any request about the project: caprice at vbbonline.de