In the UK there is a growing debate about the regulatory framework about how best to provide good quality public transport. In the past couple of months two eagerly-awaited reports have added to that debate. The Competition Commission report into the provision of bus services and the McNulty report into rail franchising.

The Competition Commission report was commissioned in response to growing concern about the effects of bus deregulation. Passenger Transport Executives (PTE), represented through the Passenger Transport Executive Group (pteg), have argued for some years that the deregulated bus market which exists in England outside London, is not delivering real competition on the ground. Instead the ‘big five’ bus companies of First, Stagecoach, Arriva, Go Ahead and National Express have to a large extent established monopolies or near monopolies in large swathes of the country, including South Yorkshire.

This means that apart from several key routes in Sheffield, either First or Stagecoach dominate the market in the county, which does not offer the passenger real choice or allow ITA (Integrated Transport Authorities) control over services, fares and equality. 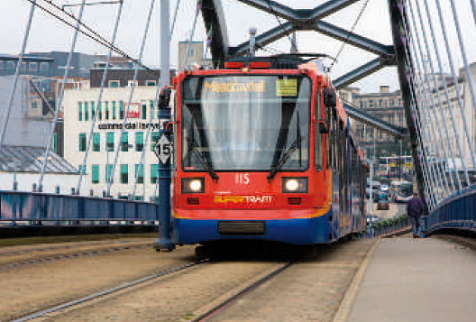 In a bid to combat this monopoly SYPTE has looked at a range of options, both voluntary and non-voluntary. Indeed we at SYPTE have very much been in the vanguard of establishing voluntary partnerships, the first in the country having been established in north Sheffield in 2007 followed by another in Barnsley in 2009.

We continue to examine the Quality Contract option, which would allow us to introduce a franchise model in the county. Whilst this work goes on we are about to introduce a new bus partnership for Sheffield and South Rotherham. This will see different operators co-operating with SYPTE to deliver a co-ordinated service on key routes within the city which will allow passengers to use tickets from different firms interchangeably on each others’ buses. Timetables will also be co-ordinated to reduce waiting times at bus stops.

A final report is due from the Competition Commission later this year and PTEs are urging the commission not to take any decisions which narrows the range of options open to transport authorities. As pteg’s report to the Competition Commission states: “Franchising is a proven and effective format for the provision of local transport services and local transport authorities are in the best position to determine, when and in what format, it should be deployed”.

In a separate report Dr Roy McNulty recommended to Government in his Rail Value for Money report in May that there should be greater involvement of PTEs in future rail franchising and operation. Costs of railway operation in the UK are typically around 30 per cent higher than on continental Europe. The reasons for this are varied, but include the fragmented nature of the market, short franchises which discourage investment, and a fare structure which doesn’t help to match capacity with demand.

A key suggestion from the McNulty report is that PTEs could be given budget responsibility and accountability for rail services. Whilst the mechanics of this have yet to be worked out any deal will ultimately depend on the balance of funding and risk. SYPTE is hopeful that more local control may allow it to deal with the increasingly urgent issue of additional rolling stock capacity. A formal process of consultation has begun and the Government is expected to take some firm decisions based upon this towards the end of 2011.

There is still much work to be done before the new policy environment for both buses and trains in the UK is settled, but SYPTE will be pressing for changes which bring more choice and more value for the customer.