London will lead the world in 2012 when it becomes the first city where passengers are able to access an entire transport network with just a swipe of their contactless bank or credit card. By the end of 2012 card readers across the whole of the Transport for London (TfL) network will have been upgraded so that a touch of a contactless bank or credit card issued by Visa, MasterCard and American Express passengers will be able to touch in and out for “pay as you go” travel on the bus, Tube, Docklands Light Railway (DLR), Tram and London Overground network.

The new system will be up and running on all of London’s 8,000 buses in time for the 2012 Games, enabling quick and easy bus travel for the millions of visitors. The system will be rolled out onto the Tube, DLR, Tram and London Overground network before the end of 2012. Discussions are also under way with the Train Operating Companies that serve London about whether contactless payment cards could be used on National Rail services where Oyster is currently accepted. Oyster will also continue to be accepted for the many millions of customers who use it every day.

The new system will make London’s public transport far more accessible for domestic and international visitors. Most visitors currently arrive in London without any kind of public transport ticket in their possession, and have to spend their valuable time buying one. The enhancement to the Oyster system will mean visitors will be able to enter the transport network as soon as they arrive thus allowing them to make the most of their time in London. 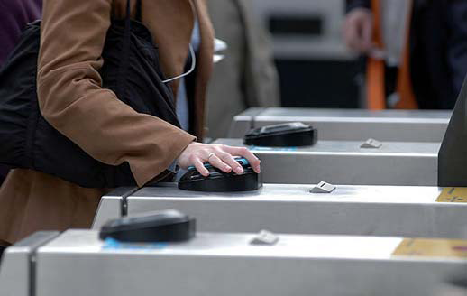 For EMTA members there are some interesting conclusions from TfL’s announcement: