“This is an exciting time for Passenger Transport Executives in the UK, as we evolve to take on new responsibilities to our traditional functions” say David Brown SYPTE Director General. The Transport Act 2008 allowed for PTEs to widen their remit to include areas which are affected by transport, but which up to now have not fallen inside our sphere of responsibilities. These include areas such as air quality and freight but also walking, cycling and car sharing.

So whereas the emphasis in the past has been on trying to encourage people to get out of their cars and use public transport, we will now include car sharing as a travel option we will be encouraging people to use. The legislation also allows for new partnership arrangements to be negotiated with bus operators which give more public control of bus networks – powers which SYPTE and other PTEs will be examining further in the year ahead. 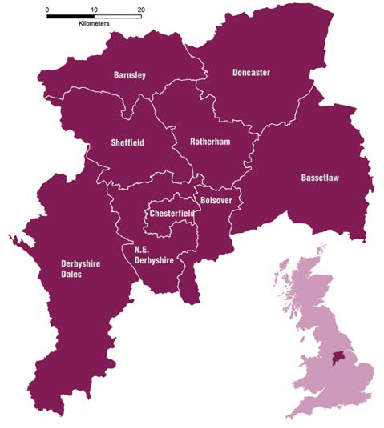 Another key change is that from 2011 instead of being confined to South Yorkshire, we will be looking to the Sheffield City Region (SCR) instead. This includes the total travel to work area for the county and so takes in those conurbations which lie outside South Yorkshire in the neighbouring counties of Derbyshire and Nottinghamshire.

These new responsibilities offer real opportunities to forge contacts with new stakeholders and to help establish better joined up services which meet the needs of the traveling public.

In its budget in March this year the UK Government cut Fuel Duty (tax) on petrol rather raising it as had been widely predicted beforehand. The move was so as to not add further inflationary pressures to the economy. 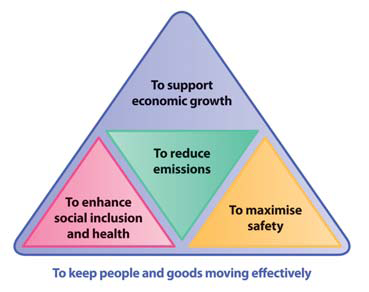 Like elsewhere in Europe the UK has experienced huge rises in fuel costs over the past year. A litre of petrol in South Yorkshire currently costs around 1.54 Euro. To put this in perspective: at the time of the widespread fuel protests in the UK of more than a decade ago, the price of a litre of petrol stood at 92 euros meaning the price of today’s fuel costs 65% more than then.

This presents challenges, especially in the cost of ticketing, but also opportunities as more and more people revise their travel options to find the most cost-effective solution for they and their families.

The concern over fuel is exacerbated by the continuing political unrest in the Middle East and North Africa, and the dreadful events we have seen in Japan, all of which has ramifications for fuel security and for movements in the currency markets. Amongst the services which are put under most pressure by rising fuel and other costs are rural and community bus services.

The Department for Transport has recently announced £10m to support community transport services, but this will not plug the gap left as more than £133m has been drained from the bus network. Experience shows that once services are lost to the network they are very difficult to subsequently replace. The Government also announced a new Local Sustainable Transport Fund, which allows local authorities and Passenger Transport Executives to bid for a share of £560 million over four years, aimed at encouraging sustainable transport solutions that will create economic growth and cut carbon.

“And so 2011 will see a year of considerable change in the transport sector but also considerable opportunity” concludes David Brown, SYPTE Director General.