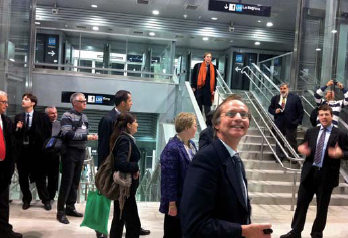 The first stretch of the new underground line L9 of Barcelona was inaugurated in December’09. The length is 3.9 km and consists of 5 stations, but it is only the first part of a line which complete length will be 47.8 km and 52 stations, most of it in construction today. According to the plan, the line will be in full operation in 2014 when the last segment (central) will be open to service. The line will link the northern suburbs of the city with the southern ones, where the airport is located, drawing a huge semicircle along the city and avoiding the central area, already served by the underground network. The stretch in operation is in the North (top right in the map) from Can Zam to Can Peixauet.

The 12 m diameter tunnel is built according to a new concept: there are two levels, one for each direction, with an intermediate concrete slab. This structure allows four circular sectors along the tunnel, two of which being reserved for main tracks and the two others for additional purposes, that is to say platforms in the stations, connection ramps, service tracks and power stations. 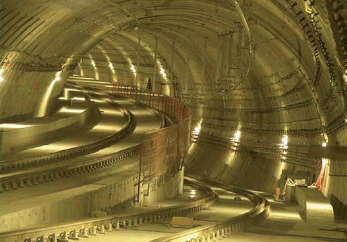 The 52 stations are built according to three kinds of typologies: 5 in viaduct at open air, 17 are the conventional “boxes” and the remaining 30 meet the specific L9 model: the station is just a shaft with a set of up to six lifts and its platforms fit inside the tunnel.

Extension of Line 5 and Line 2

Along with the recent entry into service of metro lines L9 and L10 (see 1 on the map) Barcelona metro network has also expanded with the extension of two existing lines, namely the L5 between Horta and Vall d’Hebron (see 2 on the map) and the L2 between Pep Ventura and Badalona Pompeu Fabra (see 3 on the map). 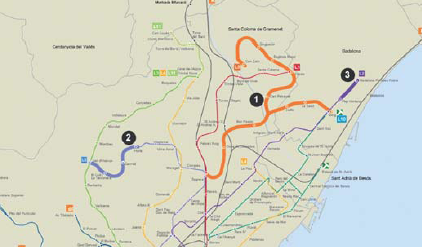 The portion of the metro network operated by TMB [1] (lines L1–L5 and L9–L11) now covers a total of 102.4 km and 140 stations. These figures do not include the urban portions of the lines run by the other operator FGC, Ferrocarrils de la Generalitat de Catalunya (L6–L8). 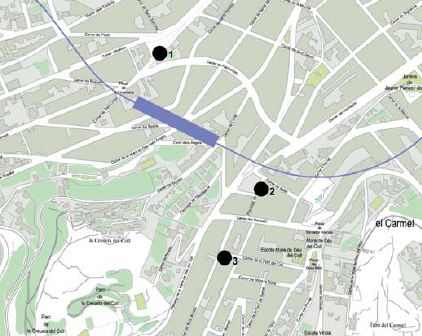 The recently inaugurated segment of L5 includes the station at El Coll/La Teixonera, close to Parc Güell. It was constructed on a particularly difficult site. As a result, this station is the deepest in the whole network, with a maximum depth of 104 m below street level.

To facilitate access for the residents of El Coll and La Teixonera, it has proved necessary to construct long corridors equipped with escalators to circumvent the steep slopes of the neighbourhood, as can be seen in the attached photograph which shows an entrance located in a street where the pavement in fact consists of a flight of stairs. 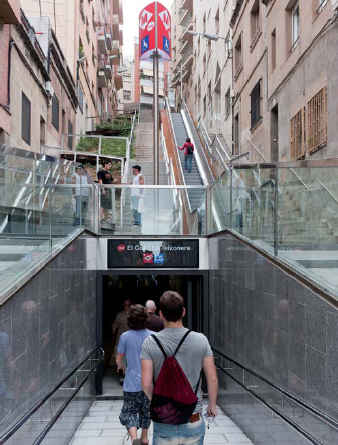 As a result of the depth, the three street-level entrances of the station are distant from each other for as much as 630 m in some case (see map) - which is very unusual for the Barcelona metro.