South Yorkshire on Track to a High Speed Future

The UK Government has announced that it is to continue with its predecessor’s intention to build high speed beyond London to the West Midlands, and eventually to both Manchester and Yorkshire. But crucially this high speed network is to be a Y-shaped one, which takes in South Yorkshire, rather than a reverse S-shaped network, which would have by-passed it.

The Y-shaped network will see High Speed 2, the name given to the high speed line beyond London, run to Birmingham, the UK’s second largest city, before branching into two forks just to the north, with one line heading to Manchester, and the other branching to the East Midlands and South Yorkshire and onto Leeds in West Yorkshire. The high speed track to Leeds will then link up with the existing East Coast Main Line just south of York.

The high speed line will also free up capacity on the Midland Main Line from Sheffield to London and the East Coast Main Line from Edinburgh, through Doncaster, to London. Consultation on the plans is due to begin next year, but building work is not expected to begin until at least 2015.

Good transport links are inextricably linked with economic growth and so a High Speed Rail link to Yorkshire will open up the county to greater economic opportunities. The country will effectively shrink, unlocking possibilities in a way that the arrival of rail back in the 19th Century or the building of the motorways in the 20th Century did. 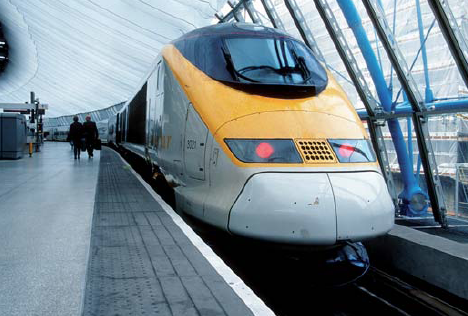 As the Transport Secretary Phillip Hammond told the Conservative Conference in September, it means a businessman could leave his house in Leeds at 7.30am for a meeting in London at 9am.

A report by consultancy Arups, commissioned by South Yorkshire Passenger Transport Executive and West Yorkshire Passenger Transport Executive, has already put the long-term benefits of a high-speed rail link serving Sheffield and Leeds city regions as high as £3 billion.That would mean around £34 million of additional business benefits each year and thousands of additional jobs too.

David Brown, SYPTE Director General, said: “It is wonderful news that South and West Yorkshire are to be included in the extended high speed network beyond the capital. “We have been making our argument very strongly that the combined economies of South and West Yorkshire and the East Midlands make up a big part of the wealth generated in England so it is vital that they continue to be competitive in the decades to come. The high speed line through South Yorkshire will ensure that we retain that competitiveness.”