London’s cycling revolution has begun. This summer marks the start of the two major schemes introduced by the Mayor of London Boris Johnson and Transport for London (TfL), putting cycling at the heart of transport in the Capital.

Thousands of bikes will be available for hire in central London from end of July when Barclays Cycle Hire is launched. From 30 July, Londoners and visitors will be able to pick up and drop off bikes from docking stations across the Zone 1 travel area.

Around 6,000 bicycles will be available from approximately 400 docking stations. It will be a really cost effective way to make short trips around town with all journeys under 30 minutes free of usage charges and access fees from £1 (€1.20) for 24 hours to £45 (€54) for an entire year. A short film on how to use the Barclays Cycle Hire can be viewed at: www.youtube.com/user/BarclaysCycle 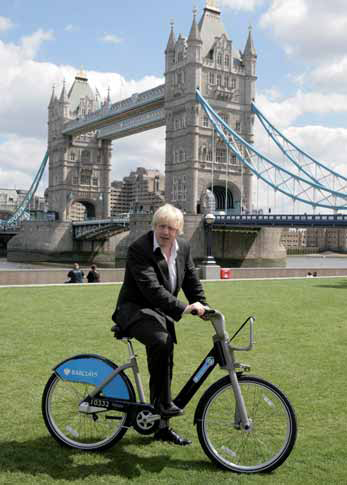 Safety is being improved through specific measures such as the provision of Advance Stop Lines and continuous lanes through junctions where appropriate. Road surfaces have also been improved to ensure a smoother ride.

Both schemes aim to build on the massive 117 per cent growth in cycle journeys on London’s major roads since TfL was created in 2000 and are expected to generate up to 40,000 extra cycle trips a day in central London.