“Let’s meet on the route” tourist lines in Warsaw

The City Transport Service in Warsaw is not only responsible for "daily” public urban transport it is also since two years the organiser of tourist lines under the slogan "Let’s meet on the route”. From May to September passenger vessels and ferries sail on the River Vistula, while in the historic part of Warsaw – omnibuses are drawn by horses.

This year the season began on the 1st of May and will last until 12th September. Several days before the inauguration a campaign was launched on the website of the City Transport Service (www.ztm.waw.pl) where a specific page Warsaw Tourist Lines was displayed in four additional languages. 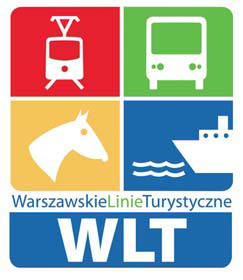 Tourist lines for this year season include :

Vessels and omnibuses have their own separate ticket tariff. A ferry trip is free.

[( The 2009 summer tourist lines season was very successful. Virtually 30,000 people took the opportunity to take horse drawn omnibus rides, water tram journeys along the Vistula and excursion voyages on the Zegrzyƒski Lagoon. The ferries also enjoyed great popularity – around 30,000 passengers most of them cyclists made use of the crossings between the banks. )]