Chair of pteg Neil Scales said: “We are delighted to welcome Nottingham City Council as an associate member of the pteg network. With their excellent tram system, growing public transport use and innovative smarter choices initiatives Nottingham will bring a great deal of valuable experience and expertise to pteg”.

“Although pteg policy and direction will continues to be set by the six PTEs and ITAs, we greatly value the contribution that our associate members make to the professional networks that operate under the pteg umbrella. Having Nottingham onboard will also strengthen pteg’s role as Britain’s principal centre of excellence for the public sector on urban public transport, and in our leading role in the urban transport policy debate”. 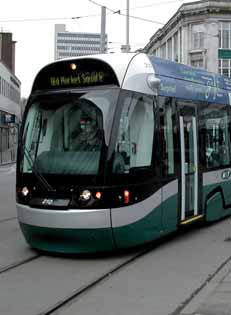