Dutch E-ticketing System: success factors for the introduction of a nation wide system.

In 2003 the Netherlands decided to switch to single E-Ticketing for all types of public transport, for train, tram, bus and underground, both in the cities and regionally. To be sure “proven technology” was used, at that time the choice fell on an already working system from Hong Kong. Via a tender procedure a consortium was selected that was put in charge of the development of the E-ticketing system in the Netherlands.

The principle of the chosen system works as follows: the passenger is checked in and out at the start and end of each trip by keeping his smartcard close to the card reader.

The trip cost, based on kilometres travelled, is deducted from the balance on the card on checking out. The passenger has to check in and out each time he switches vehicles. These check-in and check-out transactions are processed in a central system, which also takes care of settlement between the carriers. Instead of travelling with a balance on the card it is also possible to put “travel products” on the E-ticket, which give certain travel privileges, and which are, therefore, recognised at the check-in and check-out phase. 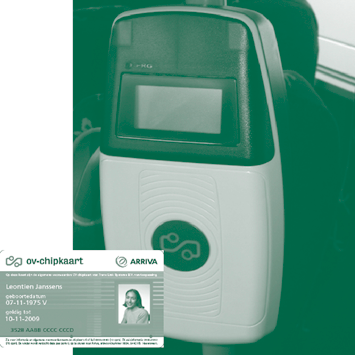 At the time, five of the nine carriers set up a specialised organisation, Trans Link Systems, for the technical implementation of the project. Among other things this company ensures all carriers implement the E-ticketing system according to the same specifications.

In the Netherlands the public transport carriers run so-called concessions. These are areas where the right to offer transport services during a number of years against a certain compensation from the regional government has to be acquired by means of a tender procedure. The carriers are tasked with the responsibility to implement the E-ticketing system in the areas where they offer transportation; the cost of this implementation is borne by the regional governments: 12 provinces and 7 city regions.

The agreements on the implementation of E-ticketing are settled in contracts between the regional governments and the carriers. The E-ticket is gradually being implemented in the Netherlands. The conglomerates Rotterdam and Amsterdam together with their surrounding regions are first. In Rotterdam the underground is only accessible for E-ticket holders since the beginning of 2009, in Amsterdam this will happen within half a year. In the rest of the Netherlands the E-ticket will be introduced during 2009 and 2010 and the paper tickets will be discarded.

In the same period a network of charging locations will also be realised in shops spread over the whole country, in the vehicles, and at the stations and stops. 9 million travellers will also have to be supplied with E-tickets in the same period; a daunting operation.

Sadly enough the implementation of E-ticketing in the Netherlands has run up a delay. A number of causes can be seen to be at the root of this, which, at the same time, are lessons to be learned for other countries and regions with plans in this direction. Consideration has to be given, however, to the fact that the way in which a new E-ticketing system is implemented in the Netherlands is unique in the world: all carriers take part, and at the end of the project every Dutchman can travel throughout the country using every means of public transport with a single smartcard: the E-ticket.

The reason for this national approach – in a small country like the Netherlands– was to avoid contraining the travellers to travel with several different systems and smartcards. Even if this approach results in the need for a synchronisation between a large number of parties. As a result a number of problems arose however, which could mostly have been avoided if the success factors had been better mapped out in advance and during the implementation phase.

Success factor 1 : see to the existence of strict coordination of the whole exercise from one central point

Many parties are involved in the E-ticketing project, all with valid reason:

It is important that there is a director to the project clearly identified, who ensures that all parties agree on matters such as technology, planning, tariffs and distribution. If that doesn’t happen then a chaos of joint decision making, new ideas and self-interest will result. Leadership is necessary to cut the knot if parties disagree.

Success factor 2: make sure that you tell a success story right from the start

The E-ticket acquired a negative image as a result of problems with the gates, the negative coverage by media and the consumer organisations, and the suspicion of the traveller organisations that the E-ticket will be misused to covertly increase the prices and that private information will be misused. If clear agreements have not been made carriers tend to demonstrate risk evasive behaviour because of the risks. They prefer to pass onto the government extra costs as much as possible and they do not sufficiently look for possibilities and opportunities.

Therefore it is necessary to ensure that people do not immediately think of problems in relation to the E-ticket, but recognise the positive effects of such a useful system. Example of a success story in the Netherlands is the recent implementation in Rotterdam, where fare dodging, for example, has been considerably reduced. This has also been well managed and communicated: finally a success story that made all the papers. Amsterdam too came in the news positively: elderly people (65 plus) are buying the E-ticket in large numbers now (over 40.000) in exchange for 3 months of free ridership in Amsterdam.

Success factor 3: keep it all simple for the customer (“KISS”)

The E-ticket in Nederland is complicate for the customer. He is confronted with a number of questions, for example: why can’t you load the E-ticket at a bank, why do we need so many new machines, why do they all look different? Why do you sometimes have to go through a gate at the railway station but not always? Why do I have to check-in and out each time with every new carrier? Why do I encounter different kilometre tariffs on the way? Why do I need to check out if I have a season ticket? Why isn’t the current zoning system copied to the E-ticket system on a 1-1 basis? 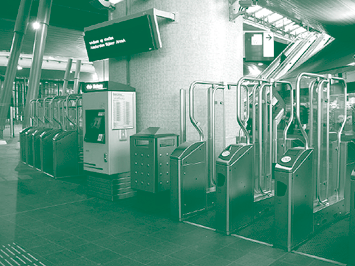 Reason for these sometimes complex constructions, lies in the fact that the 19 regional governments have the right, as public transport authorities, to their own tariff wishes.

Restraint in inventing proprietary tariffs and products is necessary, however. Keep it simple, even in the own region. It is preferable to travel on the card balance as much as possible, with or without reductions, based on a kilometre tariff, but no more zones, and with as little products and exceptions as possible. Also ensure effective communication of the milestones achieved, in which everything is extensively explained.

Success factor 4: really buy a system that works already, and that can actually be copied

The Netherlands bought the system that is being used in Hong Kong. It had to be rebuilt, however, according to very complicated and continuously changing specifications. Later on other suppliers were also allowed to join in, provided they could match their systems with the system bought. Very good in terms of competitiveness, however, it did result in a doubling of the technical problems. 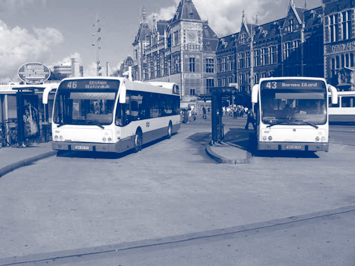 The setup of the technical system can also be simpler: the multi-staged architecture, in which the carriers manage their own backoffice, linked to a central system, should be discouraged. One central back-office in which all information is safely processed is to be preferred, even more so now that it has turned out that carriers are not allowed to use the individual travel data for commercial ends, because of the law on privacy.

The 9 public transport carriers and their 19 ordering customers (regional Public Transport Authorities) together determine a number of issues for the more than 60 regions (concession areas) in which travellers are being transported, such as the tariffs, the travel products, the communication campaigns and the recharging locations.

Of course there are separate teams in which this information is exchanged. And countrywide agreements were also made between these parties about these subjects. But it would have been better if there had been one national organisation that had taken in charge all these aspects in a professional manner, and not just the technology, as Trans Link Systems did.

Also empowering such an organisation with sufficient authority to enforce a number of matters, that are particularly important to the traveller, such as the appearance of the equipment, the recharging services to be set up and finally a simple tariff structure, is important.

A number of years have passed and the E-ticket system is eventually being implemented nation-wide in the Netherlands in 2009 throughout to 2010. After getting used to it the travellers will be able to use it comfortably as is proved by the pilots projects in Rotterdam and Amsterdam. However a number of problems could have been prevented, if more thought had been given to what makes such a project a success for the traveller. Because in the end it all revolves around the traveller ...