On November 2008, EMTA celebrated 10 years of activity in the field of Urban transport with a conference held in Paris at the invitation of STIF and the Regional Council of Ile de France. 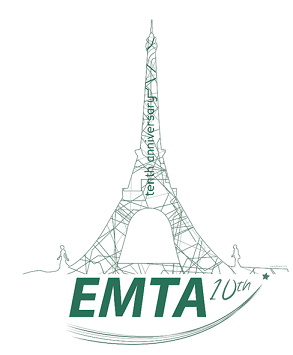 President of Region Ile de France Jean Paul Huchon and Vice President Serge Mery and Director General Sophie Mougard deserve the warmest thanks for their outstanding hospitality and friendly welcome of all EMTA members to this special event. The event culminated with a conference with two distinguish speakers Gilles Savary member of European Parliament chairman of Transport and Tourism (TRAN) Committee and Eleni Kopanezou Head of Clean and Urban Transport at European Commission DG-TREN. Here are highlights of their speeches.

Gilles Savary presented himself as the TRAN Committee rapporteur on the coming Action Plan of the European Commission (EC) and said that European Parliament (EP) will study the report in due time hopefully allowing an agreement of EU institutions before the elections of June 09. The first reading of report is in February, the validation vote of TRAN is foreseen in March, and final vote of plenary session in April. 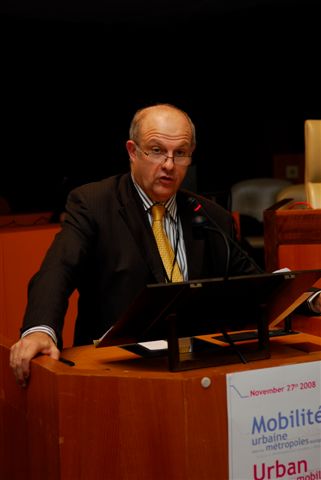 Savary reminds the way EU touched upon Urban Transport, was primarily through tendering procedures and contract awarding regulation. However, thanks to the growing environmental concerns since 2007, EC started to apply its attention to Urban Transport.

Savary underlined the subtle exercise performed by EC in the Green Paper towards a New Culture for Urban Mobility considering the subject in itself touches upon a very sensitive prerogative namely the subsidiary principle, one important point of the report to come. The second main point is about urban planning. Within 2020, 80% of Europeans will live in urban areas meaning Public Transport will represent an overwhelming part of the transportation system in the metropolitan area, quite a challenge for what is at stake is Mobility for citizens.

Savary sees the coming Action Plan more as a first step in the long way to go to achieve Sustainable Urban Mobility than a wrap up policy document. He also sees EMTA as an important partner all along the road with even an increasing role to play.

Acknowledging time has come to emphasize the EC initiative for combating climate change he stated he would particularly stress in the initiative report the crucial role of Public Transport in contributing to the “climate package”. In the opinion of Savary, the Action Plan can follow 2 directions, since ruling by way of imposing legislation is out of question.

One is the now usual for EC delivery of guidelines including a list of recommendations on specific subjects, benchmarking opportunities, exchange of good practices and monitoring, evaluation and follow up. This will contribute to build a wide observation and practice exchange. The alternative could be to draw an integrated EC programme dedicated to Urban Transport, instead of counting only on CIVITAS funds (from EC Research Programme) combined with structural or cohesion funds which aren’t evenly distributed. Possibly consider cross funding to allow financing other measures as well.

EP must however seriously embrace the problem of financing Public Transport, there are several ways to explore. Besides, the present economic crisis provides an opportunity for changing habits in terms of financing. Although Savary doesn’t expect a dramatic overnight change towards a dedicated urban transport significant fund, he thinks it would be relevant to contemplate the feasibility, for there are real immediate financial needs to cover besides the one of the automobile sector, and consistency should be reminded at the political level.

Finally, stressing the importance of EMTA advocacy not only towards EC but also towards EP, as MEPs will take more and more responsibilities in the field of Urban Transport (co-decision process), Gilles Savary calls for and welcomes contributions from EMTA members - either on behalf of EMTA or on behalf of own national/regional governments - expressing interest and recommendations they wish to see in the initiative report.

Eleni Kopanezou acknowledges the valuable input from STIF and Ile de France Region and from EMTA members to the Green Paper that EC took very seriously into consideration. EC indeed was very cautious to touch upon Urban Transport making exceptions in the 90’ for research and demonstration or exchange of goods practice in cities. The Air Quality directives was a first step, then came the Green Paper emphasizing clean urban transport, which was followed by a large consultation of all stakeholders. By the time outcomes were disseminated, the subsidiarity question was no more of a problem but rather a challenge, one that could help make things happen.

Mrs Kopanezou stresses that EC does work with all levels of governance, Member States, regional representatives and cities representatives, so as to enhance its understanding of what it takes at local level to implement policy measures taken at higher level and turn them into daily life reality in the cities.

EC wants to avoid dictating solutions but is convinced that it can help local governments to overcome barriers mainly by supporting and guiding through a stream of information on good practice. In doing so, EC would help reduce costs and avoid reinventing the wheel. The coming Document Action Plan, short and concise (around 12 pages) is supposed to answer the questions raised by all stakeholders and provide the relevant tools. So far, DG-TREN has avoided proposal of legislative document, on the contrary several practical guidance documents will be issued as a proposed support for local authorities.

The document enhances a comprehensive approach integrating all levels of governance and places Urban Transport (not only passengers but also freight) in the full chain of transpor from Trans-European Network TEN to local networks. Special attention is given to land use planning and urban planning in the Action Plan the philosophy is to build on “the thematic strategy for the urban environment” Finally Mrs Kopanezou mentioned the interest of Commissioner Tajani (expressed in the CIVITAS forum in Bologna Nov 08) to open the dialogue about financial instruments for Urban Mobility.

Proceedings of the Conference in English