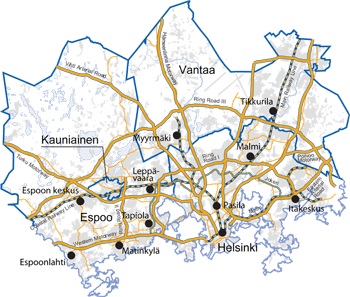 Work on reforming the Helsinki region public transport begun in spring 2008. The two public transport organizations to be merged, Helsinki City Transport (HKL) and Helsinki Metropolitan Area Council (YTV), have been preparing the new organization together with the cities of Helsinki, Espoo, Kauniainen and Vantaa. The municipalities of Kerava and Kirkkonummi have joined in the process this fall.