Budapest is the capital and the largest city of Hungary, which also means that it is the country’s principal political, cultural, commercial, industrial and transportation centre. Budapest became a single city occupying both banks of the river Danube with the unification in 1873 of west-bank Buda and Óbuda with east-bank Pest. Budapest has 1.74 million inhabitants, down from its 1989 peak of 2.1 million due to suburbanisation. The Budapest Commuter Area is home to 3.3 million people. 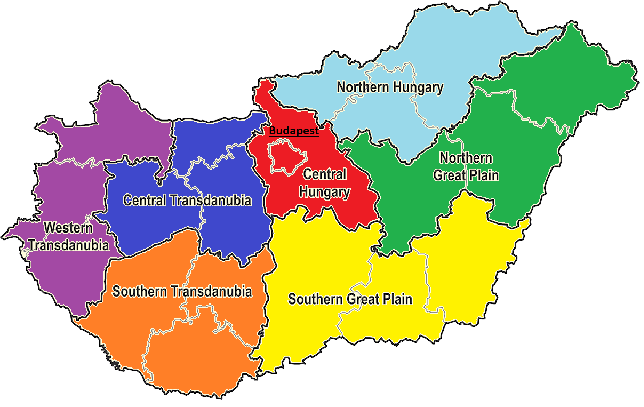 Map showing the Hungarian regions within the country 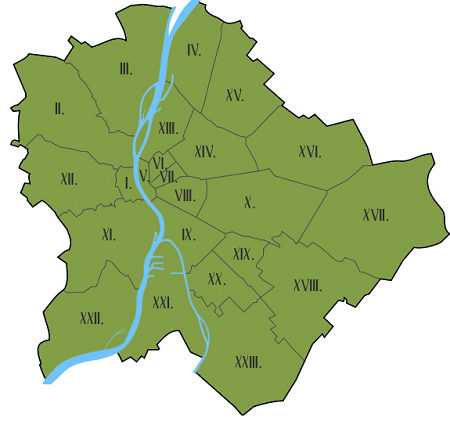 Map of Budapest, the capital of Hungary, showing the 23 districts and the river Danube dividing Buda and Pest