In 2006, STIF decided to launch along with SNCF an ambitious programme of modernisation of the rolling stock for a total amount of €2,09bn. The programme included:

Acquiring 172 new trains specially designed for Ile de France services to replace the oldest cars of the fleet. The cost is €1,85bn. Delivery will start end 2009.

Renovating the double decker cars operated on the RER and other suburban lines for an amount of €108m of which 69% financed by STIF. 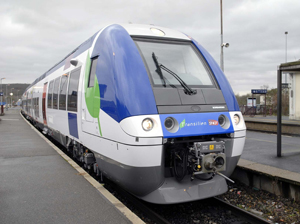 The technology of the AGC bi-mode allows operating on electric powered tracks where possible (mainly in the dense areas) and switch to diesel power when necessary. It is the first time such a technology is operated in the Ile de France region, although AGC vehicles represent already a part of the French regions railway cars fleet.

The order amounts to €136m co-financed by STIF and SNCF, including 24 trains of which 19 are to be delivered as of February 2008 and operated on the line Paris-Provins.