As of 1 December 2007 electronic ticketing (e-ticketing) is in operation in Vilnius. The implementation comes as the result of a European Regional Development Fund (ERDF) project which was initiated by Vilnius City Municipality. 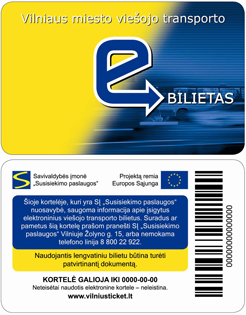