In 2011 the new airport of the capital region of Berlin will open. Located 30 km south-east of Berlin (near actual Schönefeld Airport) it will replace the three existing airport facilities. 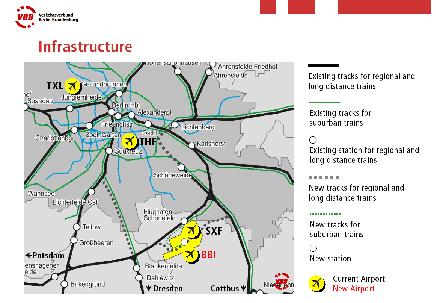 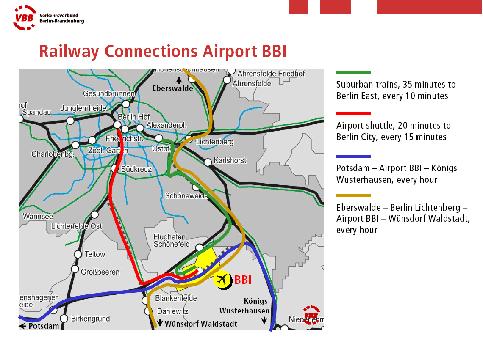 The services will be tendered in an open competition. The objective for the shuttle train is to find an operator who can provide the service without subsidies.