MTR Laing has just been selected by the Mayor of London as the franchised operator of the new London Overground services planned by Transport for London (TfL).

London Overground will begin services on 11 November this year operating on what is known as the North London Railway, currently operated by Silverlink Metro. The service, nder the overall control of TfL, will bring ar-reaching improvements with a total of 1.4 billion of investment in: more staff; new trains; a vastly upgraded service; and efurbished and new stations.

Mayor Livingstone will set fares; revenue will be retained by TfL for reinvestment in the transport network. London Overground will serve 20 of London’s 33 boroughs. Its high-frequency metro style services will also operate on the East London Railway when it opens in 2010, following TfL’s £1bn extension of the existing East London metro line.

By joining together the North and East London Railways ahead of the 2012 Olympic Games, London Overground will create a new rail artery serving some of the poorest areas of the city and revitalise London’s rail services. This will not only create new opportunities and encourage inclusion across London, but it will also be a vital means of increasing capacity on public transport. 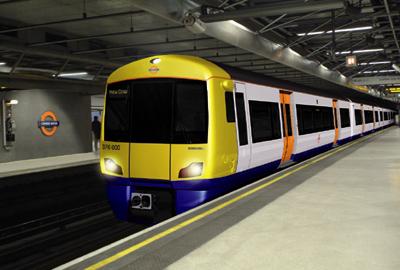