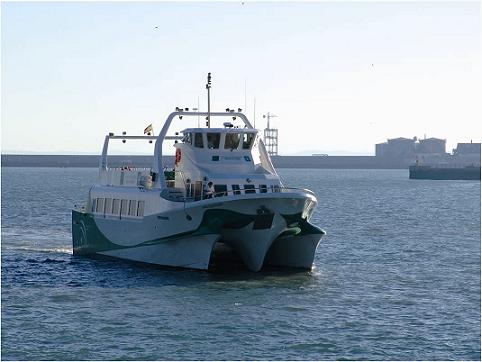 The line Càdiz-El Puerto de Santa Maria-Càdiz attracts 83% of the passengers and the line Càdiz-Rota-Càdiz merely 17%. A third ferry has been added since 1rst February 2007, which allows higher frequency of the service.

Indicators of punctuality and provision of service rank above 95% and CMTBC is considering adding new lines.