The Central London Congestion Charge was introduced on 17 February 2003 as a £5 daily charge for driving or parking a vehicle within the congestion charging zone between 7:00 am and 6:30 pm Monday to Friday.

In the course of the years, the daily charge has been raised to £8, the hours have now changed to 7:00 am to 6:00 pm and a Pay Next Day Scheme allowing drivers to pay £10 until midnight on the following charging day has been put in place.

The positive results of the Central London Congestion Charge encouraged the Mayor of London after a public consultation process to extend the zone westwards and cover parts of the boroughs of Kensington Chelsea and Westminster. These were of the most congested areas in the UK.

Ahead of the western extension, a significant package of measures were introduced by TfL to enhance bus services including extensions to bus routes, significant increases in frequency across the network and the introduction of an additional bus route from December 2006. These have provided space for an additional 4,800 passengers travelling to inner West London from south, west and north London in the morning peak.

Since the introduction of the charge in 2003, traffic levels have been reduced in the central zone by 15%, meaning that each day in 2006 there were almost 80,000 fewer vehicles entering the charging zone compared to the number that had been entering each day before charging began.

The reduction in traffic has led to a significant cut in CO2 emissions within the zone. Roads safety has also improved, with 70 fewer road accidents each year directly because of the congestion charge. The charge has also contributed to the growth of cycling, since 2000 there has been a 72% increase in the number of cyclists on the capital’s major roads, now more people than ever before are travelling by bike.

Congestion Charging generated revenues of £122m in the year 2006, all of which has been reinvested in transport improvements across the whole of London. 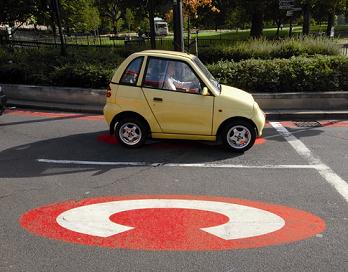