The third tram line in Ile-de-France is actually the first to be opened in the city of Paris since 1937, is located along the municipal boundaries of Paris. Therefore, the 100,000 expected daily passengers will be constituted by inhabitants of the capital and of the near suburbs. 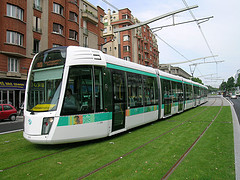 The 7.9 kilometre long line serves 17 stations at a commercial speed of 20 km/h. It uses the so called "Boulevard des Maréchaux" that constitutes a urban ring road and aims at reducing car traffic by 25% on it. 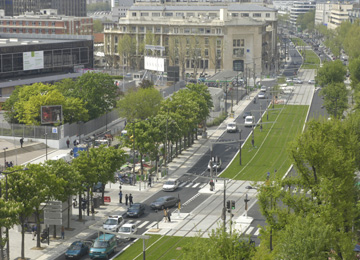 More than only transport, T3 aims at improving the urban public space on these noisy and polluted avenues. The transport investment budget of € 215 million and € 53 million for the rolling stock have been completed by a urban renewal projects for an amount of € 44 million.