In Madrid, two new stations have been inaugurated on the metro line 5 extension on 25 November, which represents the first operation achieved within the current Metro extension plan 2003-2007. Moreover, the opening was four months in advance compared to the expected schedule. The tunnel works including the operating systems have been achieved in less than two years.

The tunnel and the two stations are drilled just below the surface in order to allow a minimum number of levels (only two) and an easy access for all. This 2.4 kilometre extension will allow 18,000 new residents to reach Madrid city centre in less than half an hour. The cost of this project is estimated € 190 million and rolling stock € 40 million. 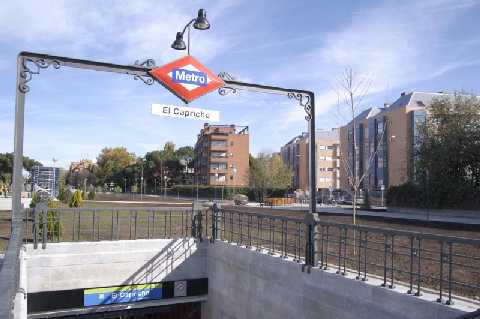 Madrid’s metro network will grow in the Plan 2003-2007 by about 55.7 kilometres / 43 stations of underground metro and 22.2 kilometres / 36 stations of light rail, which represents the quickest extension ever.

During the month of December, 3 stations on line 11, 3.1 kilometres, and a new station on line 10 will have been inaugurated. In the coming months, many other projects are expected to be inaugurated: 6 line extensions, 2 new metro lines (MetroNorte, MetroEste), 3 new light rail lines and 2 new stations on existing lines.