Two metro lines to be built in Dublin

The Irish Railway Procurement Agency presented on 19 October the selected route for Metro North and opened on 22 November the consultation aiming at defining the route of Metro West. Metro North is scheduled for completion in 2012 and will use underground, surface and elevated tracks. An estimated 34 million passengers a year will use this line, with trains every four minutes, increasing to every 90 seconds as the demand builds.

Metro North will be 17-kilometre long and will have 15 stops available for passengers who want to make the journey from the city centre to the airport and beyond. 2000 park and ride spaces will be available at Metro North stations. The project is expected to reduce road journeys by 100 million kilometres annually. Metro West project has two broad route options that have been ientified by the Railway Procurement Agency (RPA). In the first option, Metro West service would run directly on to Metro North, i.e. sharing the track, and on to the airport. In the second option, passengers would transfer from Metro West on to Metro North at the Metro park stop. 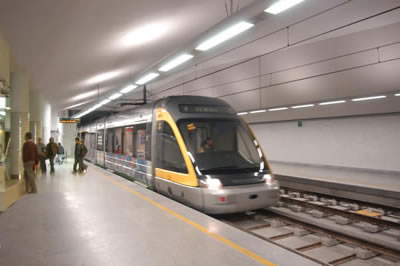 It is anticipated the final route track may run from 24 to 28 kilometres. Metro West will run on the surface and the tracks will be separated from road traffic. It will cross road junctions in a similar manner to the Luas Tramway, although bridges will be required at major roads, railways and other crossings.

Metro West is expected to enter in service in 2014. These two projects are part of Transport 21, the Irish Government’s capital investment framework for transport for the period 2006 to 2015. 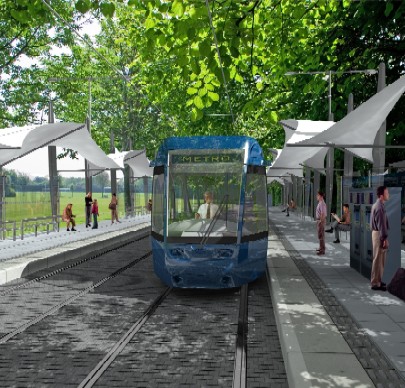