The competitive tendering arranged by Junakalusto Oy - a company owned by the cities Helsinki, Espoo, Vantaa and Kauniainen in the metropolitan area and the Finnish Railways VR Ltd - started in autumn 2005 following the EU rules regarding public procurements. Seven tenders were received from five European rolling stock manufacturers in January 2006.

Junakalusto Oy will procure 32 new train units for the commuter traffic of YTV (Metropolitan Area Council). The first trains will be introduced into passenger service in the year 2009/2010 and they will stepwise replace VR’s old rolling stock.

Junakalusto Oy has carried out the final evaluation of the tenders after continued negotiations by using the evaluation criteria given in the invitation to tender: the total price, life cycle costs, level of train technology, innovativeness and abilities to co-operation and reliability to deliver.

Junakalusto Oy granted the contract to Stadler Bussnang AG, manufacturer of the FLIRTs (Fast Light Innovative Regional Train). The total price amounts to € 189 million euros excluding the ATC equipment for which a separate competitive tendering will be arranged at a later stage. 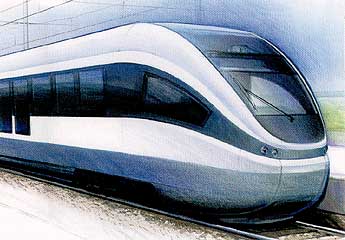