Residents from Stockholm’s 461 municipalities voted in a referendum, on 17 September 2006, about the controversial traffic-control system tested in the city centre over a period of seven months. A 53% majority voted in favour of the proposal as 46% voted against.

The charging scheme would impose charges ranging from €1 to €2.10 each time car-drivers cross the city’s congestion zone on weekdays between 6:30 am and 6:29 pm. 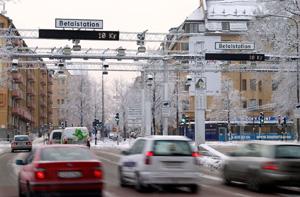 The seven-month trial period between 3 January 2006 and 31 July 2006 has had significant impacts:

Consultation organised in the neighbouring cities however led to a majority of votes against the project. The trial has been initiated by the incumbent government without full agreement of Stockholm municipality.

However, Stockholm municipality announced it would follow the results of the vote. As the national elections that took place on the same day led to a new government, the future of the project remains uncertain however.