A new £400 million (€585 million) franchise for operating and maintaining the Docklands Light Railway (DLR) has been awarded by Transport for London to Serco Docklands. Serco, the incumbent operator for nine years will continue its activities for seven extra years starting May 2006 with new targets for train punctuality, customer service and security:

Serco was originally awarded the franchise to operate and maintain the DLR in April 1997, and since then has seen more than a 100% growth in passenger figures, from 25 to 50 million per year. Patronage in 2009 is expected to reach 80 million journeys. DLR will also play a crucial role for the 2012 Olympics and Paralympics as the line serves the Olympic Village. 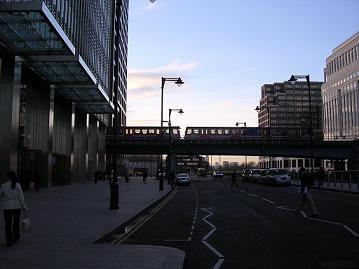 Despite the increase of patronage, train reliability has increased from 90% to 97.1% under the franchise, making the DLR the best-performing railway in mainland UK.

The DLR is also the only fully accessible railway in the UK, with step-free access to all stations and trains.