London has had a directly elected Mayor and an Assembly (who together form the Greater London Authority) since 2000. The Mayor has executive responsibility, while the Assembly’s main role is to scrutinise the Mayor’s actions and agree budgets.

London has a population of 8.6 million inhabitants and covers 1,580 km².

In addition to the Greater London Authority, London’s municipal districts are composed of 32 “Boroughs” and the Corporation of London ("the City"). 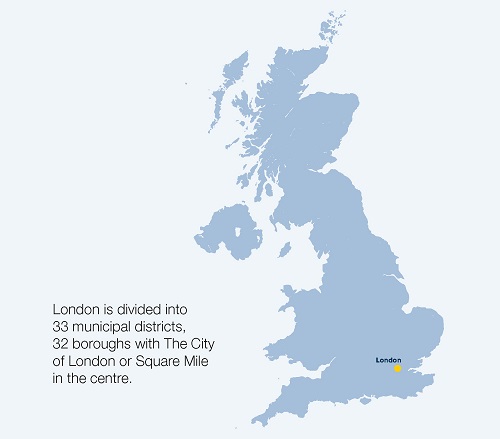 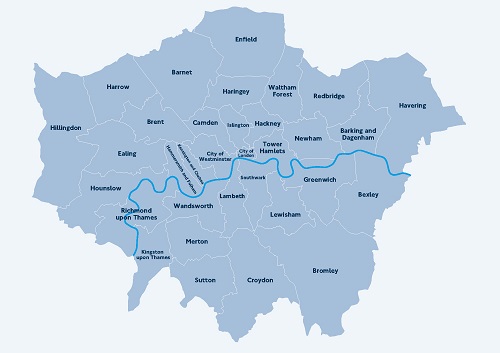