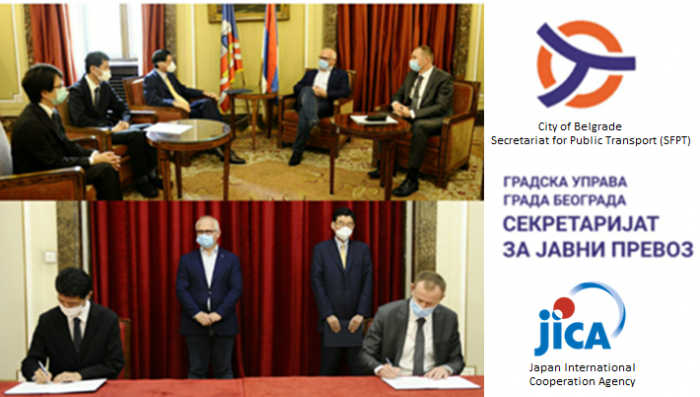 Secretariat for Public Transport, the City of Belgrade (SfPT) and Japan International Cooperation Agency (JICA) launched The Project for Modernization of Public Urban Transport in the City of Belgrade (ПРОМОД , PROMOD) in November 2020. The overall project goal is to enhance sustainability of public transport system in Belgrade including eco-friendly approach.

Public transport has long been an important means of transportation for citizens in the City of Belgrade. On the other hand, in recent years, with the economic growth in Serbia, the number of private vehicles has been increasing and the traffic congestion is becoming more and more serious as well. This, combined with the extension of public transport routes, has caused difficulty in on-time bus operation and traffic congestion on the trunk roads.

During the project period up to October 2023, internationally experienced experts represented by Almec Corporation http://www.almec.org/, in collaboration with the University of Belgrade – Faculty of Transport and Traffic Engineering and local consultants, will provide technical assistance to help SfPT to improve the capability of strategical and tactical operation planning, the governance ability of monitoring operators and reorganizing private sector involvement in the transport market, and eventually the share of fare revenue in public transport funding through state-of-the-art ICT (Information and Communications Technology). 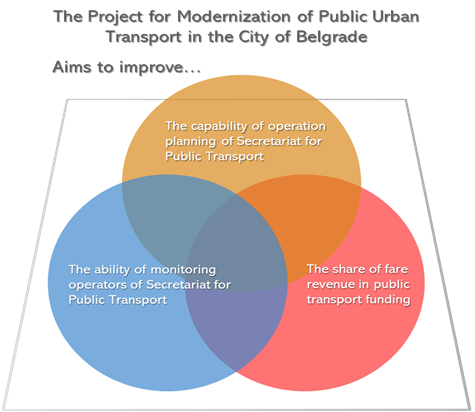 Japan’s support for public transport in Serbia dates back to 2002. Japan provided 93 buses along with maintenance equipment and spare parts to operate on eight bus routes that were in great passenger demand. The provided yellow buses called Japanac were used by many citizens, including refugees and displaced persons at that time, and are still used until now. In this way, Serbia and Japan have been working together to improve the public transport system in the City of Belgrade. And now, both counties will work together again for better public transport in the City of Belgrade in the future, using state-of-the-art technology adapted to the new era.