Île-de-France : €23 millions European subsidy for the purchase of electric buses and the conversion of depots to electricity and biomethane 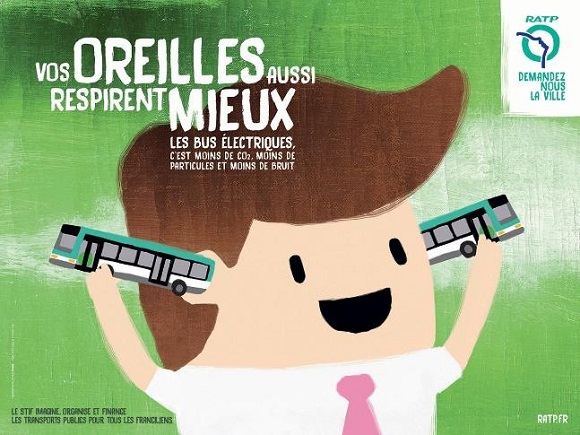 Through this funding, the European Commission is supporting the commitment of Île-de-France Mobilités and RATP in the regional ecological transition strategy aimed in particular at converting all the bus depots (140) and a large part of the bus fleet to biomethane and electricity by 2025. This European aid, supplemented by €23 million in innovative funding from the Banque des Territoires (Caisse des Dépôts Group), also contributes to the unprecedented effort undertaken by Île-de-France Mobilités to develop sustainable transport.

Île-de-France Mobilités has set itself the goal of converting the 10,500 buses and coaches on the Île-de-France network to clean energy with two deadlines: 2025 for the most polluted urban areas and 2029 for the entire region. The financial support from the European Commission is a reminder of the European dimension of this Île-de-France project, which will continue for several more years and for which the support of the European Union is essential.

Thus, the European Commission announced on 29 September 2020 that it had selected the RATP’s application - supported by Île-de-France Mobilités - submitted on 15 May 2020 as part of the "CEF Transport Blending Facility" in response to the European call published on 15 November 2019.

€23 million in European funding will therefore be granted to RATP in the coming months to finance the ecological and energy transition of urban public transport in Paris and the Île-de-France region in connection with the implementation of the Bus 2025 Plan. A total of 303 electric buses will be purchased (by February 2022) and 9 bus depots will be adapted to renewable energies (by December 2022).

Ultimately, this European grant reinforces the determination of Île-de-France Mobilités and RATP to be highly committed partners in the success of the European "Green Deal", which aims to make the European Union the leading greenhouse gas-neutral economy by 2050.