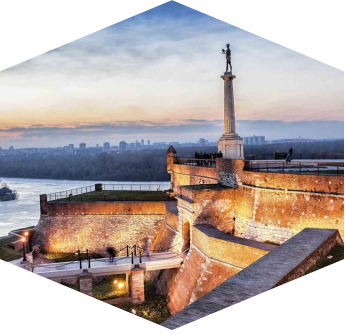 Belgrade is the capital city of Serbia, located in Southeastern Europe, on the Balkan Peninsula. It lies at the confluence of the Sava River into the Danube. The Danube flows through 60 km of Belgrade area, while the Sava covers 30 km from Obrenovac to its intake. The length of river banks of Belgrade is 200 km.

Map of the metropolitan area 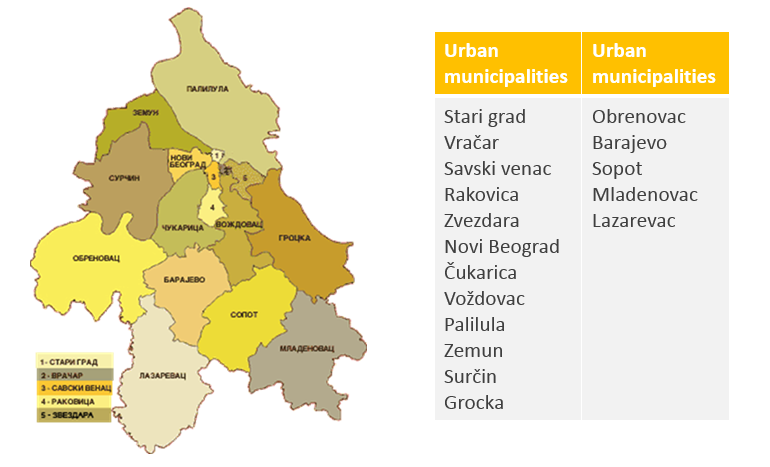