Vilnius gives names to new busses and trolleybuses, and gifts to the customers. 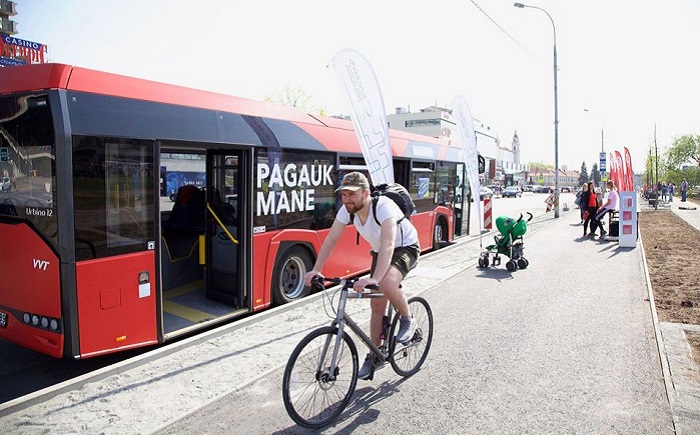 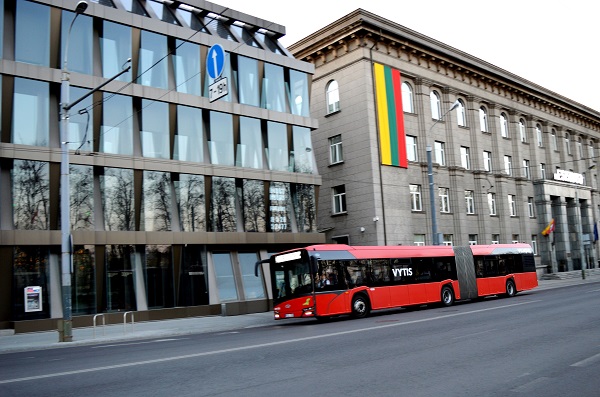 In this way, the Municipal Enterprise "Susisiekimo Paslaugos” reminded Vilnius residents and its guests of a record-breaking refurbishment of public transport in the capital of Lithuania and invited those who had not tried it to catch and drive the "baptized" transport means as well as all other new buses and trolleybuses - almost 300 of them in Vilnius.

“With the proliferation of new public transport vehicles in Vilnius, we were increasingly getting offers from passengers to label and distinguish them. We thought - if it seemed like a fun idea for passengers, why not to materialize it. We decided to involve the residents of Vilnius in the "life" of buses and trolleybuses by offering them names. This unexpected bid to "baptize" new busses and trolleybuses attracted huge interest - a total of over 300 names were suggested and over 1,300 participants voted in the final round. We are excited about the growing public transport passenger flows in Vilnius. As the warm season approaches, we encourage our residents and guests for travelling in the city to choose new buses and trolleybuses as well as other sustainable mobility means - bicycles, scooters and walking”, - says director Modesta Gusarovienė.

A competition #GiveName (for busses and trolleybuses) ran about two months on the company’s social networks Facebook and Instagram, and anyone could share his suggested name. From over 300 nominations, top 30 were selected, while 1300 participants voted for top ten winners.

The competition #GiveName was not the only surprise for public transport passengers in Vilnius in 2019. Public transport controllers from time to time do surprise Vilnius passengers by organizing various promotions and distributing small gifts. For example, on the Day of the Restoration of the State of Lithuania, one of Lithuania’s most important holidays, for the third year in a row, tricolour flags are being given to passengers on the streets, at public transport stops, inside buses and trolleybuses. 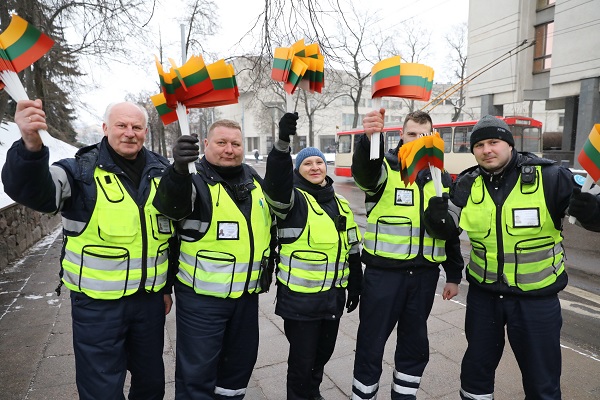 Controllers usually join the International Car Free Day in September, and thus travel to work not with cars. Many of them travel also by public transport while carrying their duties.

Passengers are very pleased with surprises, kind attention of the controllers and their small gifts. Some preliminary calculation tells that in the period between 2017-2019 about 15 social campaigns were organized by controllers in Vilnius, and about 38 thousand of passengers were cheered. The campaigns included : donating flowers, treating to tea in cold winter days and water in summer heat, distributing safety reflectors in autumn, and contributing to other public initiatives in the city and countrywide.