The demand for public transport in 2015 was in the order of 1,385.8 million journeys. The average of 215.3 journeys per inhabitant places Madrid Region among the most frequent public transport users, both in Spain and Europe.

There are 8 fare zones in Madrid Region, two of them are out bounds Madrid, including part of the bordering provinces of Guadalajara, Cuenca and Toledo. Madrid public transport system accounts with the following types of tickets :

Fares are integrated for every public transport mode using monthly and annual travel cards. The Public Transport Card (contactless technology) is a multimodal travel ticket for use on all public transport modes (buses, metro, suburban railways...) within a specified zone. It is valid for a restricted period of time (a month or year).

Thanks largely to this Public Transport Card, public transport is now an affordable option for commuters in Madrid, and the system is further enhanced by the fact that people can use any of the existing modes of public transport without restriction.

There are three types of monthly travel passes :

Annual standard and elderly passes are also available. The validity period of the travel cards backed with the new contactless technology is 30 days starting from their first use. 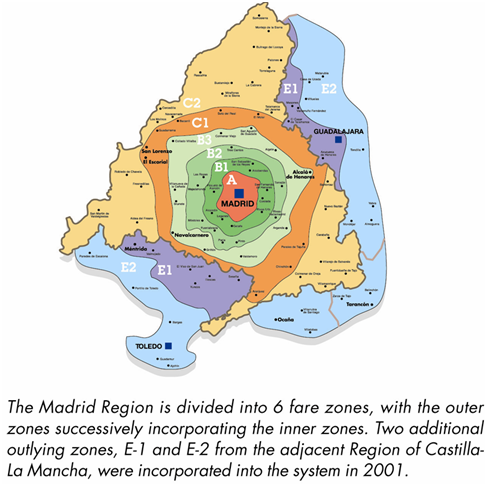 Funding of public transport in 2015

The transport system of the Region of Madrid is funded by contributions from several levels of the Central Government and by the revenues obtained from users.

The following figure provides an overview of the sources and allocations of the CRTM funding scheme : 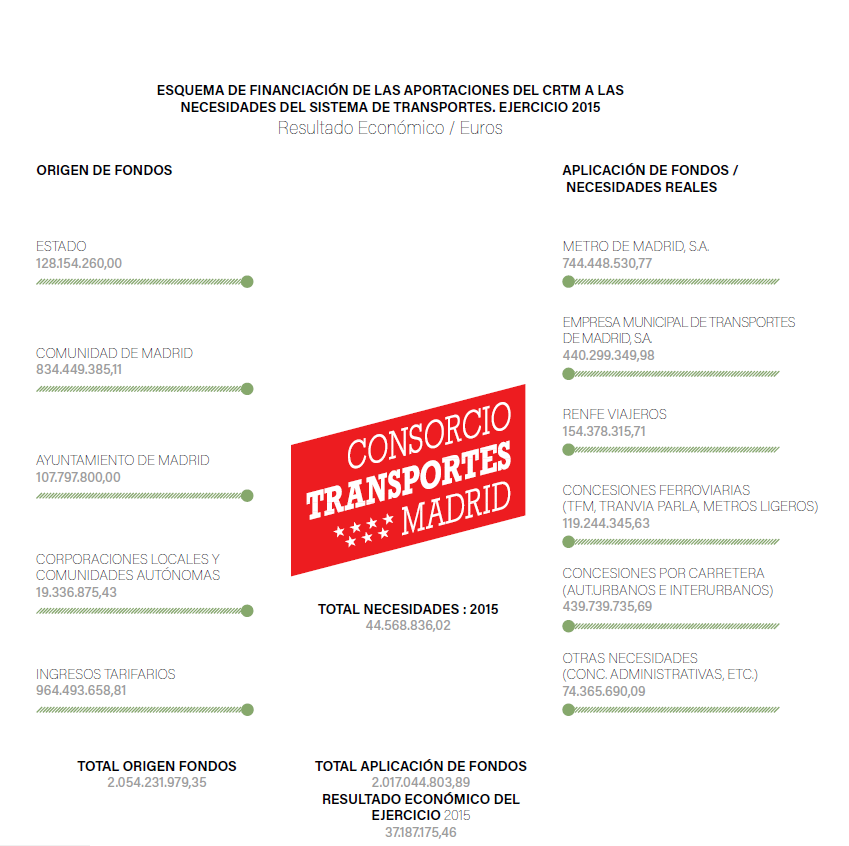 The studies and projects carried out by the CRTM in 2015 are the following :

With regards, New Technologies, the CRTM promotes technological innovation through actions such the introduction of the new travel card systems based on contactless technology ; new app “My transport” based on real time multimodal information.