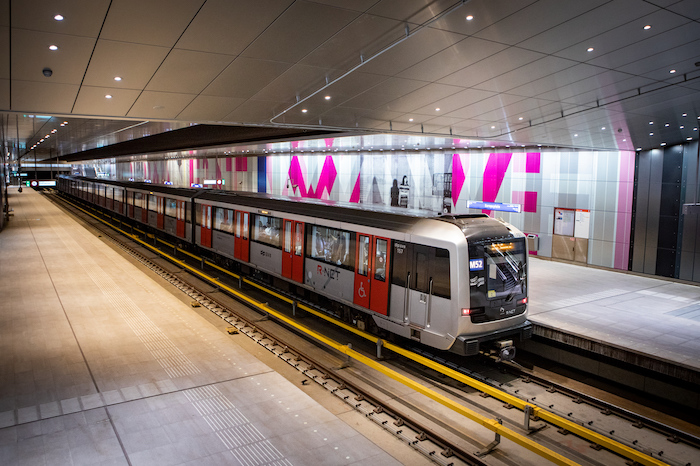 New forms of financing can make an important contribution to improving public transport and making it more sustainable. The Transport Authority Amsterdam has implemented various alternative forms of financing in the past years, such as the Bus Loan. This enabled, among other things, the interim financing of electric buses. Nico van Paridon of the Transport Authority Amsterdam explains this. 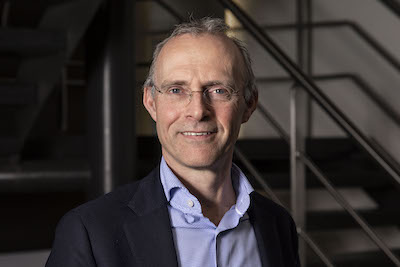 How did the Transport Authority get the idea to look at alternative forms of financing? Around 6 years ago, GVB and the Municipality of Amsterdam were ordering new metro equipment, the so-called M5 and M6. The investment amounted to approximately 280 million euros in total. Usually, GVB would borrow the necessary funds from the Municipality of Amsterdam and the capital expenses, the interest and repayments, would be paid by the Transport Authority. Amsterdam charged 4 percent interest on this loan.

But the Transport Authority had a lot of liquid assets at that time. Resources were set aside for this investment, but even more important was the fact that infrastructure projects were postponed because of the crisis. The reserved subsidy was spent later than planned. This situation ultimately led to the direct financing of M5 and M6.

The Transport Authority was already required to finance this purchase, but rather than paying the capital expenses for a period of 30 years, 100 percent of the funds were advanced as a lump sum. The savings were easy to define. The interest on provided funds was approximately 1 percent at that time. The interest difference was approximately 3 percent. Based on the entire duration of the loan of 30 years, this interest difference results in about 120 million euros in savings. Of course, the actual savings depend on the changes to the interest in the coming years.

Did you use this structure more often afterwards? Two years after this decision, we chose to finance the book value of the other present metros and trams in full using an investment subsidy of approximately 220 million euros. This allowed GVB to repay a loan for previously purchased assets. This led to significant interest savings, which have in part been used to absorb the cutbacks on the BDU by Cabinet Rutte I, and in part to absorb additional investments in assets.

Without this instrument, greater cutbacks in the availability of public transport in the city of Amsterdam would have been needed.

Without this instrument, greater cutbacks in the availability of public transport in the city of Amsterdam would have been needed. However, these two interventions had a great impact on the balance sheets of both organisations. The Transport Authority reduced its cash position, but received lower annual expenses in return. GVB reduced its balance sheet. The Transport Authority has currently financed all mobile assets of GVB directly.

Does this result in much greater risks for the Transport Authority? The daily management accepted direct financing because of the interest benefits, but wanted a number of assurances. These were provided by establishing collateral, such as liens. GVB Holding has an Activa BV which houses, among other things, the mobile assets. This means that GVB owns these assets, but the Transport Authority has obtained a lien on all mobile assets and the associated claims after the direct financing.

We have also agreed with GVB that Activa BV will be transferred to the Municipality of Amsterdam if this is necessary for a possible public tender of the concession.

GVB is granted the concessions based on a private agreement. Can carriers also use alternative methods of financing in public tenders? This has already happened. During the starting phases of the Waterland concession, the Transport Authority seriously considered a situation in which carrier EBS would go bankrupt or would be unable to continue to fulfil its obligations arising from the concession. Suddenly, the decisions of a curator in case of bankruptcy are incredibly relevant to the continuity of public transport in the area.

Would he be able to sell the buses to an external party at the request of the banks, due to which they would no longer be available for public transport in Waterland? The Transport Authority now had a strategic interest in gaining collateral for the assets to prevent any unavailability of public transport in the Waterland concession.

The Transport Authority wanted to avoid any unavailability of public transport.

What conditions did EBS need to meet to qualify for this Bus Loan? A carrier must establish a special assets BV which houses the buses in order to qualify for the loan. The carrier will become the owner of the buses, and the Transport Authority will obtain a lien on the buses, the claims, and the shares of the assets BV.

The Transport Authority also wants a number of other securities. The carrier will pay interest and repay the loan during the loan period, but these are in fact deducted from the exploitation grant provided by the Transport Authority. There will never be any arrears. The loan must have been repaid at the end of the concession period.

There are never any arrears for the Bus Loan.

The Transport Authority charges a market-based interest on the loan, which means there will never be any form of forbidden government aid. This interest is calculated using the method adopted by the European Commission. It consists of the Euribor plus risk surcharge based on the credit rating of the company and the amount of the securities related to the loan.

This all started in a period of economic crisis. Is the Bus Loan still useful today? Certainly, because the Transport Authority has offered the Bus Loan to the tenderers during the recent Amstelland Meerlanden concession tender. The parties could choose whether to use it or not. The Regional Council accepted this facility again up to an amount of 100 million euros. The idea behind this was that if interest benefits are created, the parties can use these savings in the form of additional public transport. They could be encouraged to do so based on the pressure from the competition in the tender.

Zero emission buses are more expensive than diesel buses, and these investments have a great impact on the balance sheets of companies.

Connexxion chose for the Bus Loan, but in part because of a different reason than we had envisaged. Zero emission buses are a lot more expensive than diesel buses at the start. Investments can only be recouped on fuel and maintenance during the exploitation. The initial investments have a great impact on the balance sheets of the companies. By choosing for a Bus Loan with the same duration as the depreciation period of the buses, these investments can take place off balance. This gives carriers more room to also invest in ZE technologies in other tenders.

Does this Bus Loan make improved sustainability in concessions easier? I believe that the introduction of zero emission buses with the capital expenses at the start of the concession will lead to increasingly longer concessions if policies do not change. After all, the companies want the possibility of recouping their investments, and the service life of these buses is usually estimated to be around 15 years.

It would be worth debating the benefits of separating the investments in assets from the exploitation of a concession as described above. In that case, shorter concessions – lasting five years, for example – can be introduced, because a carrier will not need a long concession to recoup its investments.

Can this structure only be used for new concessions? Not necessarily. In 2017, the Transport Authority discussed interim investments in zero emission buses with EBS. Usually, such proposal is a no go because of economic reasons, because the concession lasts until the end of 2021. There will not be enough time to recoup the investments, and parties are usually hesitant to free up capital.

However, we have studied whether such interim investment is possible in Waterland, because the Transport Authority wanted to gain experience with investments in sustainable transport. The costs of charging equipment, both on public and private land, make up a significant part of the costs of investments in zero emissions. Agreements were made with EBS to make charging equipment available for later concession holders at both types of locations.

The direct financing and Bus Loan instrument have a lot of benefits, but has gained a different role over time. We think that it can primarily be useful for interim investments during the term of the concession if the deprecation period exceeds the concession. It also seems to be a valuable instrument for investments in zero emission equipment because of the high initial costs, the long service life of electric buses, and the necessary investments in charging equipment.

What is the future of these forms of financing? We must now consider their future. The Transport Authority has been able to provide direct financing from its own capital. This has led to a significant reduction in its cash position, but has also resulted in great interest cost savings. Since investments in both infrastructure and new mobile equipment for, among other things, the Amstelveen Route and metro transport are increasing again, the Transport Authority will need to start borrowing or pay the capital expenses the way it did in the past, through the GVB.

If the Transport Authority must borrow funds to be able to grant the Bus Loan to a carrier, it generally can do so under favourable conditions. The most appropriate form must be determined in consultation with the partners. Market parties tell us that we should also look at an option in which the Transport Authority acts as guarantor for the debt for mobile assets taken out by a carrier. We have not yet been able to study the impact of this option in detail, but can imagine that this will reduce the risk surcharge charged by banks for mobile assets.