On the verge of introduction: RIGO, the Automated Fare Collection system of Budapest

The renewal of the public transport fare system is one of BKK Centre for Budapest Transport’s most important and challenging tasks of the past few years. The project will upgrade the public transport in Budapest by providing a high level of sales services and a state-of-the-art tariff scheme to city-dwellers, commuters from the metropolitan area and tourists alike. The project is jointly funded by the European Bank for Reconstruction and Development and the Municipality of Budapest.

RIGO, the name chosen for the system, is the acronym for “Reliable”, “Integrated” and “go”, and thus it represents the advantages of automated fare collection. Additionally, the name represents a bird, the thrush (“rigó” in Hungarian), it is easily liked and remembered and it has a strong association to Hungarian culture as this bird frequently features in folksongs and poems. Foreign customers may also find the name expressive as the “RI” syllable of rigó is pronounced the same as “re-“ in English, which refers to regularity and repetition while the “go” syllable evokes dynamism and mobility. 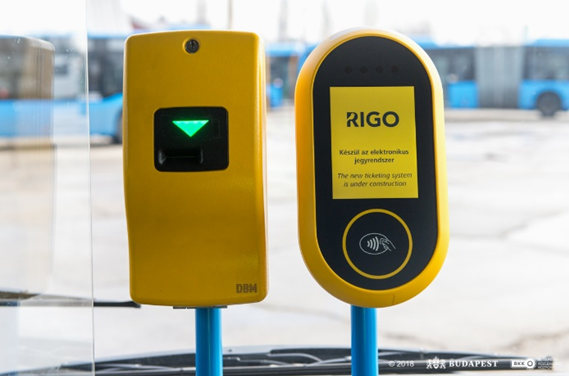 Owing to the introduction of an automated fare collection (AFC) system, public transport service levels in Budapest will significantly increase. The tariff scheme will be enhanced by the introduction of time-based tickets, while sales services offered by the ticket vending machines and customer service centres will be supported by online and mobile phone based purchasing options. In addition to that, revenue protection will also be reformed. As a result of these changes, paper-based public transport passes and tickets may finally disappear from Budapest.

Current paper-based ticketing will be replaced by travel media that use contactless technology (plastic cards) and contactless bankcards. The fare system includes both personalized and non-personalized travel media. Concessionary travel products, including free travel, will only be accessible with personalized travel media, mainly with Unified National Card System cards and e-ID cards. The basis of the AFC operation is the central system which registers the cards and travel media, product purchase, balance top-ups, calculates prices and related financial settlements and supports the new, integrated sales channels. The responsibilities of the supplier, Scheidt & Bachmann, are to design, implement, install, configure and test all of the software and hardware elements of the system and, finally, to hand over the system for operation.

In 2017, the first on-site elements of RIGO have been installed at two major transport hubs in Budapest: the first gates of the AFC system at Deák Ferenc Square subway station, and the first platform validators at Közvágóhíd suburban railway station. The mass design of the vehicle fleet has been also completed and the prototype installation of buses and trolley buses has been started. In 2018, two full metro lines, M1 and M4 will be equipped, while the installation of validators at suburban railway stations and front-door entry buses will also continue.

The pilot installation sites are perfect for comprehensive, live environment testing. BKK has recently tested the control software, the fraud-protection system, and the basic mechanism of the gates and cameras. The devices passed the tests near perfectly, only minor corrections had to be performed by the supplier. Since the beginning of the tests, more than one million passengers have passed through the gates at Deák Ferenc Square, without any major error in their operation. The installation of the aforementioned stations is just as crucial technically, as they are from a public relations point of view, since they will increase the public awareness of the project immensely. 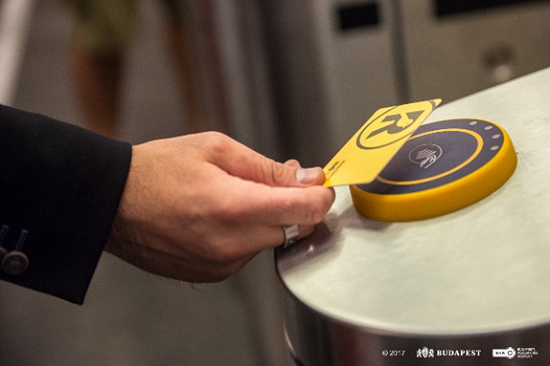 In October 2018, the public testing of AFC cards and gates will begin, with the involvement of BKK and Budapest Transport Company staff: volunteering employees will receive their free passes on their National e-ID cards, which will allow them to travel at the stations that will have been fully installed by then. One gate will be set up at each station in closed mode in order to effectively test further the passenger throughout and the live operation of the gates and the list management of their software, while the other gates of the stations will remain in open mode, allowing regular passengers using paper-based tickets to continue to travel without any obstacle. Based on the current plans, the range of users will be broadened later: any passenger with a National e-ID Card or a Unified National Card System card will be able to volunteer for the testing. The system will be fully implemented at the end of 2019.