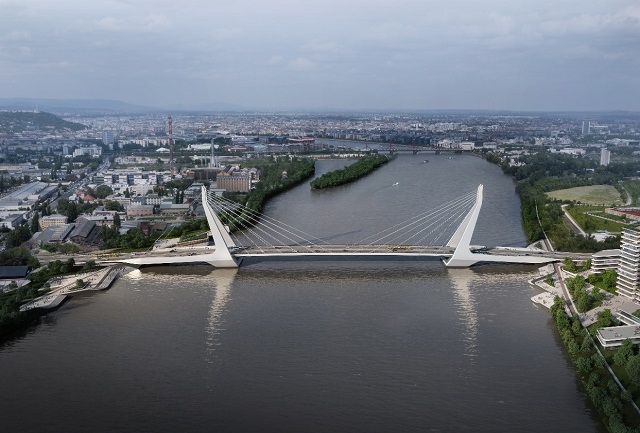 City development focuses on the southern areas of Budapest, in which Csepel Island and its surroundings have tremendous untapped potentials. The area is an unexploited treasure of Budapest. The key to the rapid development of this district is the establishment of a quick and direct – yet currently still missing – connection with its neighbouring districts on both sides of River Danube, in Pest and Buda.

In agreement with the Municipality of the City Budapest, the Hungarian Government has started preparations for a new 2x3-lane New Danube Bridge – including tram tracks – to link Galvani and Illatos roads with a new river crossing. The need for this bridge is evidently justifi ed by the circular and radial road network of the capital. In absence of a bridge, the previously under-utilised areas located south of the city could only develop with signifi cant compromises. This is particularly true for the northern section of Csepel Island, which, in spite of its remarkable features nearby downtown Budapest, has been unable to develop adequately.

To support the exploration and development of the relevant areas, the New Danube Bridge can relieve the overcrowded downtown area and reduce traffic significantly. Through the future extension of the route, a new ring road in Budapest can be developed, providing a direct link between outer districts (Újbuda, Csepel, Ferencváros, Kispest and Kőbánya). Governmental Development company KKBK Ltd. as the Contracting Authority has organised an invitation and pre-qualifi cation based, international architecture tender for the design of a new 2x3-lane-wide Danube bridge.

A total of 17 entries were submitted for the design competition; they were opened by the Evaluation Committee on 20 February 2018. The Evaluation Committee held two plenary sessions on 26 and 27 March 2018 in which dr Kálmán Dabóczi, CEO of BKK Centre for Budapest Transport and EMTA board member was part of the jury. Following expert presentations the Evaluation Committee after discussion decided by judging the entries on the following criteria: aesthetics, innovation, structural effectiveness, feasibility, maintainability, operation, cost and economic aspects.

The first prize was awarded to the design submitted by the consortium of UNStudio, designer of Rotterdam’s Erasmus Bridge, and Buro Happold Engineering. According to the assessment of the Evaluation Jury, the design for the two-pylon stayed girder bridge, with three traffic lanes in each direction and the possibility of tram transport, is the statically soundest proposal, which is also aesthetically pleasing, graceful, slim, well balanced and one that best fits with the cityscape.

A shared second prize was awarded to the consortium of Leonhardt, Andrä und Partner, Zaha Hadid Architects, Werner Consult, best known for creating the Sheikh Zayed Bridge in Abu Dhabi (“a,”) and Smoltzcyk & Partner and the consortium of Lavigne & Chéron Architects, Bureau d’Etude Greisch, Közlekedés Consulting Engineers and Geovil, designers of Terenez Bridge in France (“b,”). 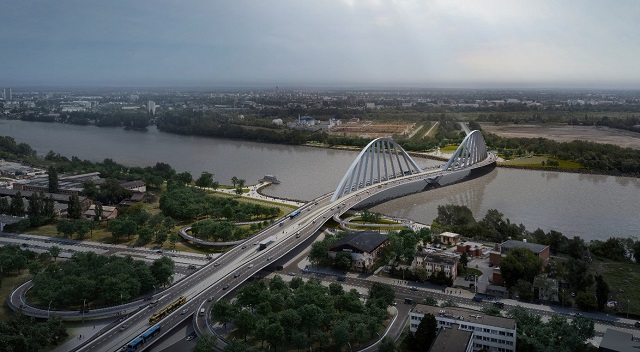 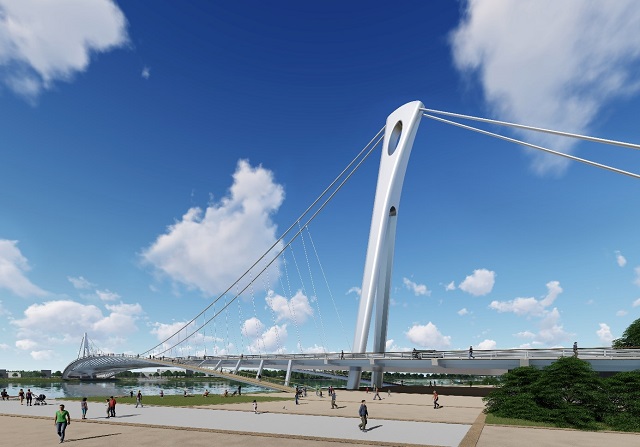 Three entries – those of the consortium of Knight Architects and Ove Arup & Partners, the consortium of SpeciálTerv, Pipenbaher Inzenirji and Bright Field Studios, and that of the Pont-TERV design office – were considered worthy for purchase by theEvaluation Committee. A contract will be concluded with the successful applicant, which will be followed by the creation of the complete and detailed designs and the obtaining of permits. The process is expected to take two to three years.