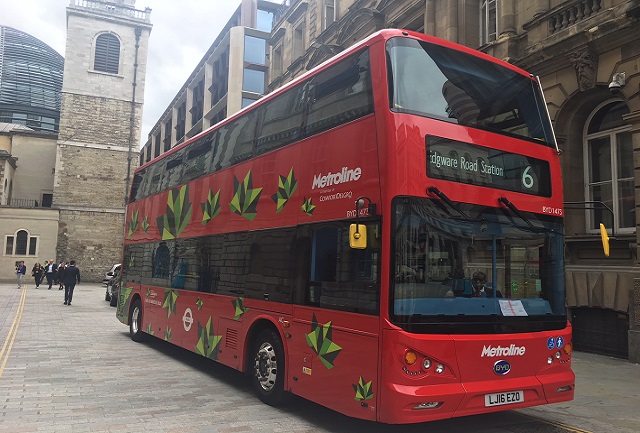 London’s zero-emission public transport network is to increase more than tenfold as the Mayor of London, Sadiq Khan, announced that 68 new electric double-deckers will join the bus fleet by the summer of 2019. Two routes that run into central London, will be exclusively operated by electric double-decker buses.

The Mayor’s announcement was made as cross-party leaders, representing around 20m people from towns and cities in England and Wales, joined together at a historic summit in London to urge the UK Government to tackle the growing air quality health crisis. City leaders, including those from Greater Manchester and the West Midlands, underlined their commitment to reduce emissions and tackle pollution as they set out a list of joint priorities for the government and vowed to work together as a new air quality network of cities.

Next year, Transport for London (TfL) aims to have 240 electric buses running on the network and for all new double-deck buses to be zero-emission or hybrid, with every single-deck bus in central London to be zero-emission by the following year. Ultimately, by 2037 all buses in London will be zero emission. TfL successfully trialled five electric double-deck buses in 2016 which are still in operation today.

In addition to eliminating toxic nitrous oxide, the new all-electric double-deck buses will give passengers smoother journeys and have new features such as USB charging ports. The brand new buses are being manufactured by both a Chinese/British partnership between BYD/Alexander Dennis Limited and British company Optare.