Tramway systems and light rail gain popularity worldwide. After many years of stagnation light rail is on regress. Poland as the largest beneficiary of the European funds is no different: Polish cities heavily invest in tramway infrastructure, in particular in Warsaw, which has been investing in rail connectivity for many years.

Rail transport has always been particularly well developed in Central and Eastern Europe. where cities usually have expanded tramway networks. Their residents are accustomed to this type of connectivity. Tramways define the city structures and extensions, agglomerative rail or subway networks have become common. Upon entering the European Union, it enabled the government to get financial support for the development of public transport from EU funding, thus spurring ecological transport modes and tramway in particular. This contributed a lot to the increase in popularity of public transport in Warsaw, that has unveiled ambitious plans for expansion in this field. 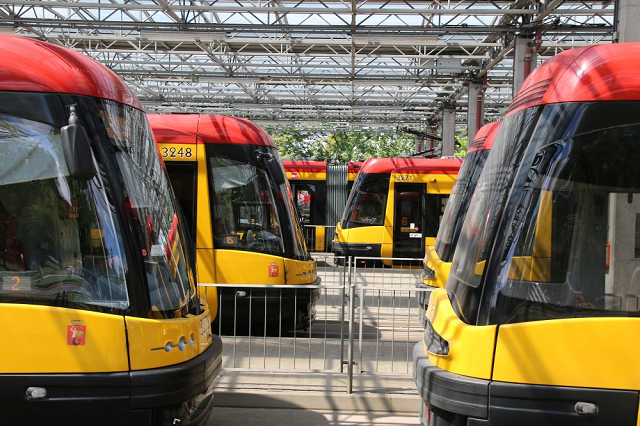 Warsaw is leading in the procurement of trams in Europe. The value of contracts for new vehicles is unique to the entire rolling stock industry in Europe. Emblematic is the “contract of the century” – an agreement entered into force in 2009 with Pesa, covering the delivery of 186 trams of 120Na Swing type worth nearly PLN 1.5 billion. This venture was implemented in the years 2010-2013. It marked the replacement of significant parts of the rolling stock in Warsaw’s tram network, including withdrawal of old train units. 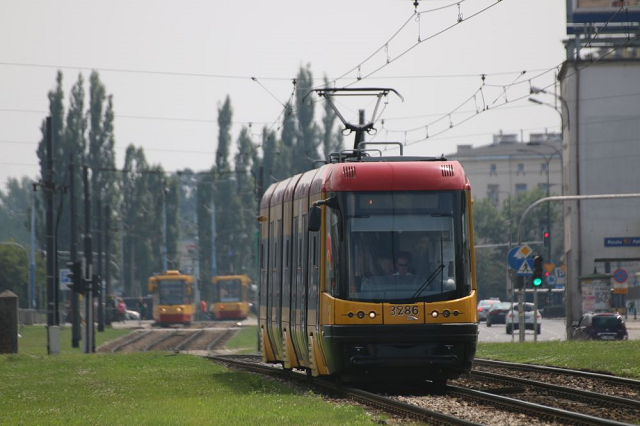 Another large purchase will be procured in near future. The contract covers purchase of up to 213 new trams (123 as a part of the main contract and 90 as an option), which results from infrastructure projects aimed at the improvement of connections from the city centre to developing peripheral districts.

Within the last decade, a total of 16.2 km of new lines were constructed in Warsaw providing the connection to the Bielany district with Tarchomin housing estate (the route passes through newly built Maria Skłodowska-Curie bridge on the Vistula river). Also, sections of the network in Bemowo were connected. In the first case, the line has been extended - in February 2017 its another 1.5-kilometre section has been opened. Another 0.8-kilometre long section is completed by the end of 2019. This investment is of a great significance for Białołęka - an intensely developing young district located on the right bank of Vistula river. Construction of tramway infrastructure provides residents a convenient link to the 1st subway line and will reduce travel time to the city centre significantly.

Future tramway infrastructure is planned in Białołęka - 6 km route, 9 pairs of tram stops with a tram terminal. This line will be completed in 2022, where 25 low-floor trams will be needed to service it. This rolling stock is part of the afore mentioned tender for the overall purchase of 213 train units.

Moreover, the plans cover construction of a route that will connect Warsaw Śródmieście with housing estates located by the right bank of the Vistula river - Saska Kępa and Gocław (both constitute a part of Praga-Południe district). These places are characterised by large connectivity needs, as the number of their residents is rapidly growing. Construction should be completed by 2021. 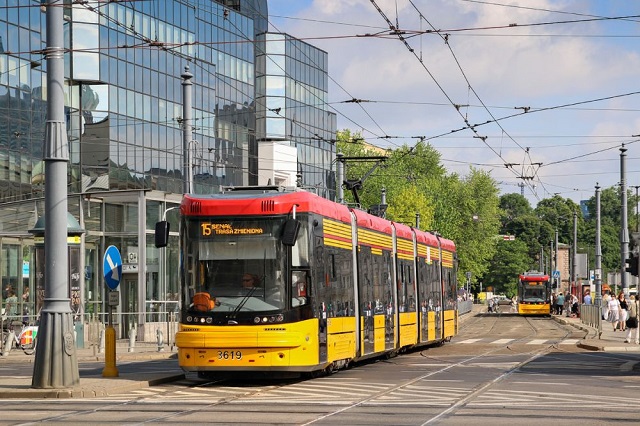 Additionally, a corridor to connect Wola, Ochota, Mokotów and Wilanów should be mentioned here. The first three districts have an appropriate infrastructure. Except for Wilanów, a particularly quickly developing peri-urban boroughs, inhabited mostly by young people who work in the centre of Warsaw and tend to use their car to go to work. As a part of this investment, six sections of the route will be constructed, including a tunnel under the Western Railway Station with a total length of 20 km. A multimodal interchange node will be put up there. The route will also run near the 1st subway line station (Metro Pole Mokotowskie) providing a link to tramway investment with other types of rail. Construction will take place in the years 2019-2021.

In the last decade, the capital of Poland renovated the most important tramway lines, which pass through the key community areas (Aleje Jerozolimskie, Trasa W-Z, Aleje Jana Pawła II, Marszałkowska street). In total, 58.5 km of routes were renovated and modernized.

Furthermore, a new modern tram depot in Annopol housing estate will be completed soon, allowing the servicing and repair of 150 multi-segment trams of 33 metres length. The object will have nearly 11.76 ha surface and 55 tracks with a total length of 14.25 km. Its construction will involve the use of cutting-edge and environmental friendly technologies such as heat pumps, photovoltaic installation, closed water circulation in tram washes or acoustic screens that will separate residents from the rolling stock traffic and the noise. 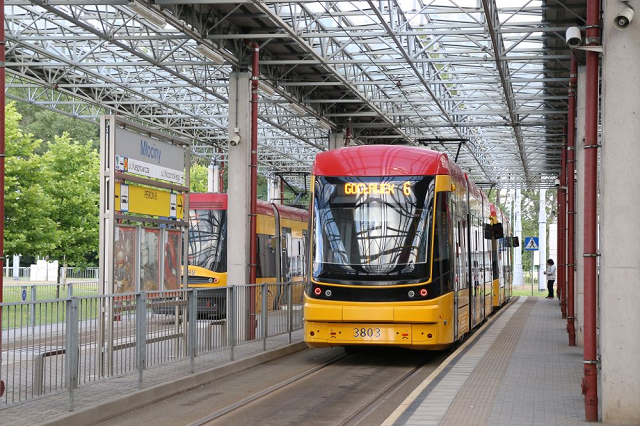 Warsaw spent over PLN 2.5 billion on all tramway investments. Further ventures will be implemented using European funds. Completion will not only lead to increase of the significance of tramway connectivity in urban public transport, but is expected to contribute to the reduction of individual car use. Last year, tramway use stood for some 24 percent of travels in the city’s public transport system, an excellent result compared to other large European cities. Further developments are still to come.