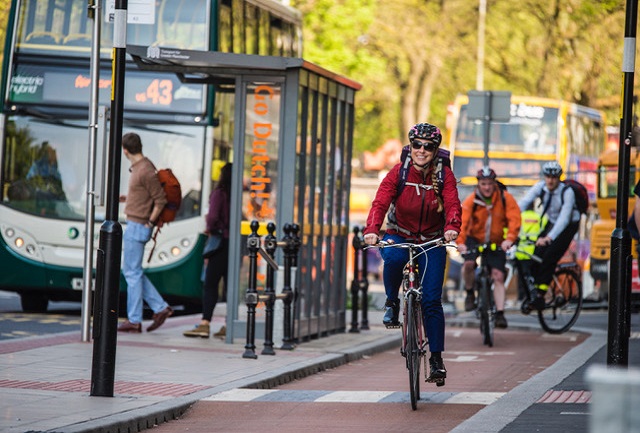 In November, Greater Manchester celebrated more than one million cycle journeys on a key new cycleway.

The Oxford Road and Wilmslow Road Cycleway is a 7km route designed to make cycling safer and easier for people wanting to travel from the south of the region to the centre. It includes features such as physical kerbing that separates cyclists from other traffic, bus stop bypasses to crossing points and advance stop lines for bikes. The improvements to the Oxford Road section were captured in this video.

The journeys were recorded between September 2016 and November 2017 by digital cycle counters placed along the route. One million cycle journeys along Oxford Road equate to around 621,000 car journeys, accounting for a potential reduction of 1.9 tonnes of nitrogen dioxide (one of the most harmful air pollutants) and 873.5 tonnes of carbon dioxide. Increasing cycling to reduce air pollution and help tackle climate change is one of the key elements of Greater Manchester’s transport strategy.

In November 2017 the counters also captured 5,000 two-way cycle journeys on a single day, the most ever recorded. The data from the digital display counters on Oxford Road can be checked on the Eco Counters website, where it can be compared to other cities with similar counters across the world. The counters, which are the first of their kind in Greater Manchester, were unveiled last year as part of Transport for Greater Manchester’s (TfGM’s) Cycle City programme in partnership with Manchester City Council. The project was funded by the Department for Transport. 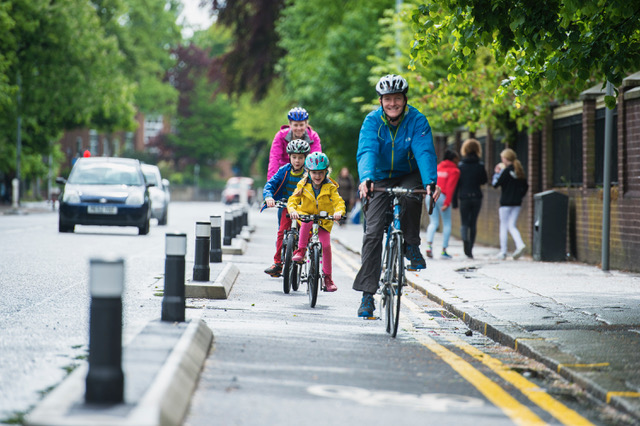 In July 2017 Greater Manchester appointed Chris Boardman, the former Olympic champion as its first cycling and walking commissioner. The cycling legend will spearhead efforts to build a high-quality cycling network and improve health across the region. On the cycleway Chris Boardman said:

“I’m not surprised that the Wilmslow Road and Oxford Road cycleway has been a huge success.“It proves that, if you build high-quality cycle lanes that are separated from other traffic, people will use them.“It may sound strange, but bike lanes aren’t for cyclists – they’re for motorists. They’re the people we need to get to change if we’re to make a major shift in the way we travel around our towns and cities.“More than 30% of journeys in Greater Manchester under 1km are made by car, so the potential here is absolutely enormous. One million cycle journeys counted on Oxford Road in 14 months is a fantastic figure, and I hope we reach the second million in even quicker time.”

Manchester City Council’s Executive Member for the Environment and Skills, Councillor Angeliki Stogia, said: “The Oxford Road and Wilmslow Road Cycleway has helped to encourage many more Mancunians to get on their bikes and we’re heartened by the evident success of this scheme. 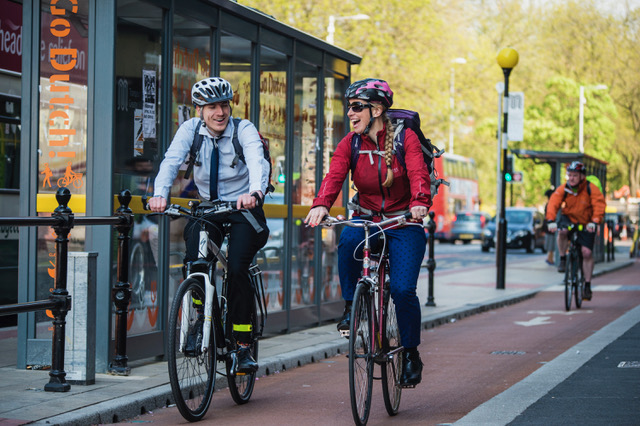 “Investing in high-quality infrastructure of this kind is just one of the ways in which we’re helping to promote cycling in Manchester and, while there’s more work to be done, passing the milestone of one million cycle journeys in just over a year is an impressive start. We are determined to build on this success.”