Warsaw has changed its public transport fares considerably in 2017. The biggest novelty was a large reduction of the prices of travel cards valid in both zones and introduction of free rides for the students of primary schools and junior high schools in Warsaw. The city shows this way that public transport and sustainability are its priorities. 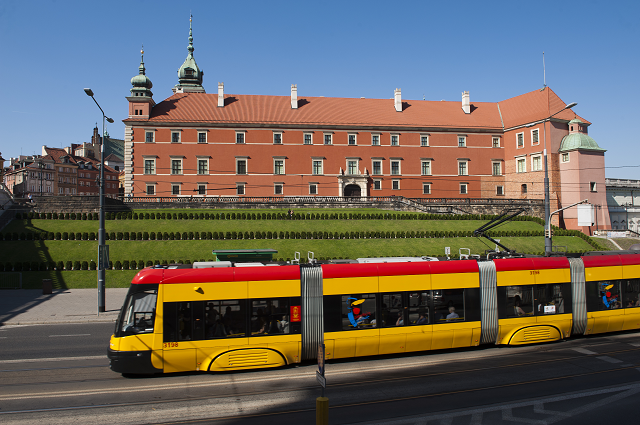 Every day nearly a million passenger cars cross the borders of Warsaw – they enter and leave the capital city. The share of transit, i.e. cars that are not part of the agglomeration traffic, in this traffic is less than seven percent.

Thinking about the people who live outside Warsaw and work in the capital city, ticket prices have been reduced: 30-day travel card now costs by PLN 30 (c. EUR 7 – 17%) less, and the 90-day travel card is now cheaper by PLN 76 (c. EUR 18 – 14%). The new fares are supposed to encourage passengers from the suburbs to choose public transport, which will reduce the number of cars entering Warsaw every day from the nearby communes and improve the quality of air in the capital city. It is estimated that consequently the number of passengers using public transport services will go up gradually by c. 10,000 people per year.

Students of primary schools and junior high schools in Warsaw and the students residing in Warsaw who attend primary schools and junior high schools outside the capital city will be entitled to free rides as of 1 September 2017. This entitlement is encoded on special personal City Cards - Student Cards - for the entire duration of the child’s school attendance (no longer than 4 years) and is valid in zone 1 and 2.

It is a priority for the authorities of Warsaw to increase the share of public transport in overall capital city traffic from 56.9 to 65 per cent, reduce the number of private cars driving in the streets every day, and limit emissions of air pollutants. Research has shown that parents driving their children to school will switch to public transport themselves if their children can ride for free.

New tickets in a fare

A single reduced fare transfer group ticket for up to 10 people that costs PLN 22 (c. EUR 5) has been added to our previous ticket offer. It will facilitate getting around for school groups and their chaperones (who had to validate many tickets so far and now will validate only one or two).

Visitors coming to the capital city only for a few days will be able to buy a 3 day ticket for PLN 36 (c. EUR 9 - zone 1) or PLN 57 (c. EUR 14 - zone 1 and 2) valid for 72 hours from its validation. Organisers of conferences, congresses, cultural or sports events will have the possibility of purchasing tickets – so called conference tickets (encoded on city cards for a selected number of days). 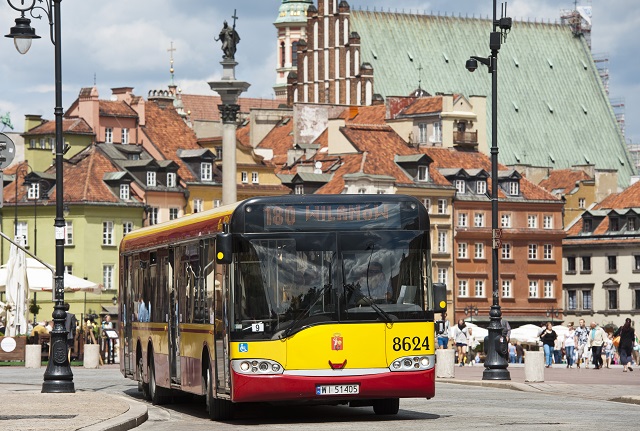 Warsaw has 320 public transport lines. Every day its residents may ride 245 bus lines, and every night – 43. Moreover, there are 26 tram lines, 4 Rapid Urban Railway lines and two underground lines. It’s nearly 5,500 kilometres of routes on which vehicles with the logo of Public Transport Authority run. Every weekday over 1,600 buses leave their depots during the morning rush hours. The residents rushing to school or work can also ride 429 trams, 48 underground trains and 19 Rapid Urban Railway trains. On weekdays public transport vehicles cover over 460,000 vehicle-kilometres. Switching to public transport you can leave your car in one of the 14 Park & Ride parking lots. 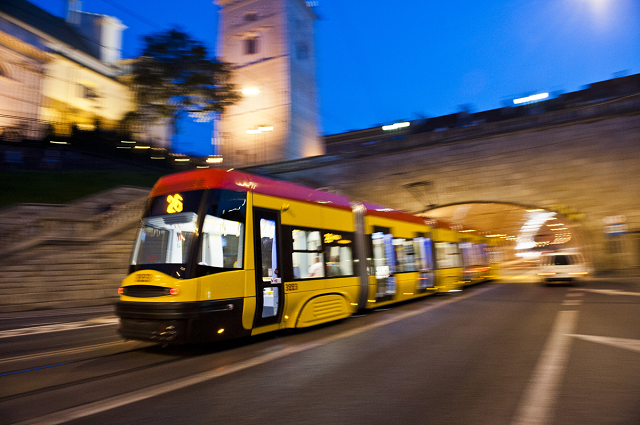 Warsaw wants to make its public transport more attractive than car transport. It keeps developing and improving its offer - it is modernising its rolling stock, building the second line of the underground, new tram routes and more P+R parking lots, introducing tram and bus priority and improving the quality of services provided by its carriers.

Warsaw authorities have been cooperating successfully for many years with the nearby communes on creating a common transport system (covering already 33 communes now). More and more passengers use the common metropolitan transport – their number has increased by 20% over the past few years.