Innovative public transport solutions will be gradually added to the existing offer, including the testing of autonomous vehicles on the Paris Esplanade in La Défense from June 29 to December 31, 2017, for the last kilometer of users’ commutes, where conventional buses cannot circulate.

To carry out this testing in partnership with Defacto, a Public Institution for the Management of the La Défense business district, Île-de-France Mobility has chosen Keolis as an operator, in association with the French designer of autonomous shuttles Navya.

The objective is to propose and test a new public transport solution for the first and last kilometers of the daily commutes of users in the La Défense business district. This site, which is closed to traffic, receives 500,000 visitors daily. 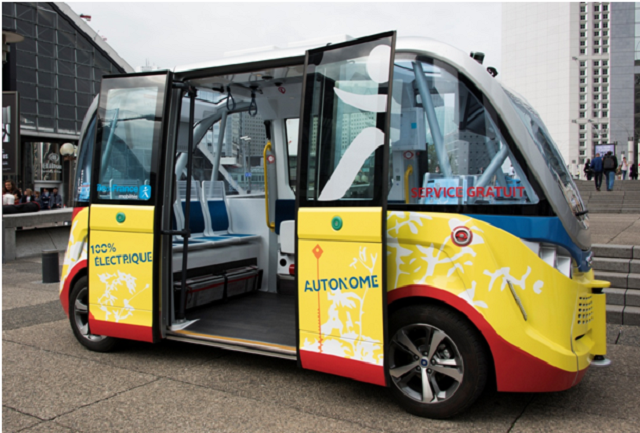